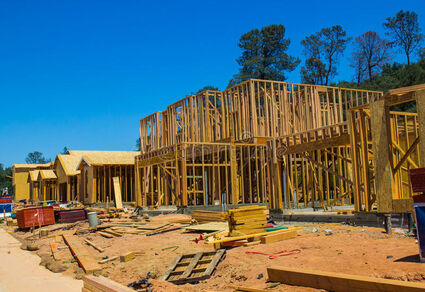 Homes will rise throughout Lake Wales under plans already approved. The newest proposal will bring 117 new homes to an extended Tangelo Street.

Plans and proposals for new housing developments in Lake Wales have come in waves during 2021 and show no sign of abating. More than 8,300 new dwellings are now "visible" on the planning documents at the City of Lake Wales Development Services. Those residences are likely to house more than 23,000 new citizens, an expected population increase of some 140%.

"Everybody wants to come where we are," said City Commissioner Robin Gibson, when asked about the growth spurt. "It's a sellers' market."

The shock of sudden housing construction is expected to bring significant "growing pains" to the area in the form of needed infrastructure, including roads and schools. Asked about the impacts to the city, Gibson said that the Commission has an obligation to use "reasonable authority" to employ land development regulations to "keep our small-town feel." Most of the new development will be served by sanitary sewer, a measure Gibson has cited to mark appropriately-timed growth versus "sprawl."

At their Tuesday evening meeting City Commissioners approved, in Gibson's absence, zoning changes and yet another new annexation for two new subdivisions, atop a plethora of proposals already in the pipeline.

Commission actions included remapping three recently annexed and adjoining parcels just east of the Walmart center from a county designation of RSX to a City zoning of MDR, or medium density residential.

Proposed lots in the new 28.13-acre development on Tangelo Street will be 60' wide at a minimum, allowing for about 117 homes, according to city planning staff. Owners of the three parcels being combined are MOW Groves LLC, Changcocco Family Trust, and Nancy D Kahler Trust.

Also getting the nod was the annexation of nearly ten acres south of Belleview Road between 9th and 11th Streets, just south of the railroad and near the southern end of Whispering Ridge. The newly annexed land will "square off" a proposed parcel already within the city limits for a proposed neighborhood. The adjoining lands belong to Belleview Drive LLC, and the additional 10 acres will bring their holdings to about 47.22 acres. The property will require re-zoning. No proposal for developing the land has been brought forward at this time.

Other housing projects already in the planning pipeline, according to City of Lake Wales Development Services, include:

• The 29.4 acre "Bundy property" on Scenic Highway north of Chalet Suzanne Road and south of Brookshire on Lake Mable which will be the site of 142 single-family homes

• Belle Lago, with 85 single-family homes, will occupy what is currently a citrus grove on the west side of Scenic Highway on Lake Belle south of Ridge Manor.

• Leighton Landing, a project of Southern Homes, will rise on the east side of Buck Moore Road with 46 single-family homes

• Buck Moore Heights, with 100 single-family homes, will be west of Buck Moore

• The Parc at Lake Wales, with 480 apartment units, will be built in two phases at the southeast corner of US 27 and Waverly Road

• Mammoth Grove will be 97 single-family homes and six acres of Neighborhood Commercial on the east side of Masterpiece Road at Mammoth Grove Road.

A total of about 1,680 single-family houses and 595 apartments are included in those developments, totaling some 2,275 units. With an average occupancy of almost three persons per household, they will bring approximately an additional 6,000 residents to Lake Wales.

That entire list is cast into the shadow of the planned development of the vast Winter Haven Corporation property lying west of US 27 and stretching from Mountain Lake Road to Thompson Nursery Road. 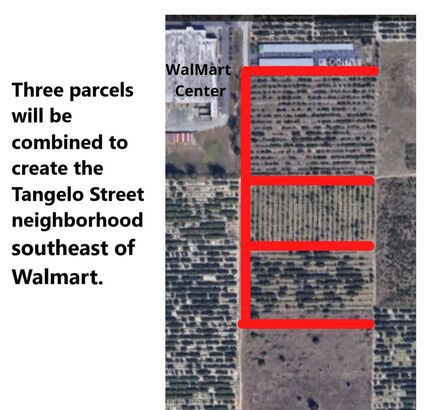 Contained entirely within the Lake Wales City Limits, the parcel is eventually expected to host 2,800 single-family detached homes, 550 single-family attached homes, 950 townhomes and 1800 apartment units, for a total of 6,100 dwelling units, which are expected to be home to an additional 17,000 or so new residents over the next ten years. That site will also host new office buildings and commercial development.

"We have the capacity, the contingency plans are in place," said Lake Wales Mayor Eugene Fultz after Tuesday's commission meeting. "It's the wave of development that has rolled down from I-4." The growth will require the City to "lobby hard at the County and State (Department of Transportation} for the improvements we already need on Thompson Nursery Road and Chalet Suzanne Road," he added.