By News Editorial Board
LakeWalesNews.Net

EDITORIAL: How Will Lake Wales Stop "Urban Sprawl" and Maintain its Small-Town Feel?

The Challenge Facing Our Leaders is Enormous and Requires Citizen Attention 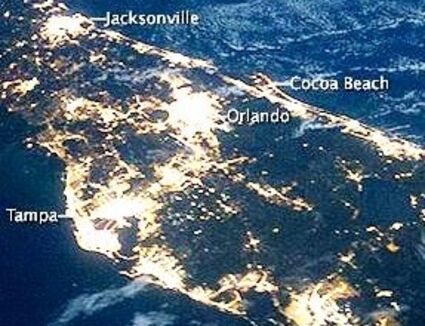 That desire has been voiced by at least three commissioners in recent meetings, none more vocal in their sentiments than Deputy Mayor Robin Gibson, who has delayed discussion in agenda 'workshop' meetings to repeat his opposition to "urban sprawl."

Defining and dealing with that perceived threat is more difficult than painting a running horse. Galloping development, a process that has seen much of Florida urbanized beyond recognition, has arrived in our once-serene pastures, and will require expertise to tame.

The arrival of thousands of new residents promises the attendant development of new shopping and dining options, but includes the threat of overwhelming the unique appeal of our community. Can undeveloped rural lands create buffers between Lake Wales and Dundee, Winter Haven, and Bartow, or is that already a lost hope? Lake Wales' strong sense of individuality was created partly through its isolation from other cities, but that is a factor that is rapidly dissolving as the explosive growth of Orlando threatens to overrun all of Florida's famous Lake Wales Ridge.

The requirement that new subdivisions preserve or plant plenty of tree canopy, include sidewalks, connected trails, and pocket parks is certainly important, and will contribute to the future livability of Lake Wales. Yet that is not enough to assure that we maintain the sense of identity that was bestowed upon us by previous generations.

Gibson has joined other commissioners in welcoming the annexation of large swathes of surrounding lands into the city limits on the premise that future development will be required to meet higher City planning standards, but that will depend upon the fortitude and determination of future commissions years into the future. On Tuesday the board approved an annexation agreement that will add 932 acres of land stretching well beyond Lake of the Hills, much of which may not be developed for another 20 years. Who will guide that growth?

The availability of City-provided water and sewer services was cited by Gibson as a defining indicator that a project was not sprawl, yet the other commissioners recently approved the development of a large tract north of County Oaks that will depend upon septic tanks.

Is the creation of mini city centers and commercial enclaves the solution to stopping urban sprawl, or is that the very definition of it? Are those enclaves valuable ways to reduce traffic, or do they merely compete with and detract from existing commercial development, leaving a trail of vacant buildings? Should new development be turned inward, or be outward-facing and connected to the rest of the community?

If the goal is preserving a small-town feel we argue in favor of the latter. Bringing new development into the fold, rather than creating a series of commercial islands, seems to us a better way of building a connected city.

Opinions published under the heading of editorials in the this publication are created through an open discussion between two or more citizens serving on our editorial board.

While we are not currently publishing letter to the editor, those wishing to have their viewpoints heard are welcome to send their opinions to [email protected] Our board will consider those viewpoints for inclusion in future editorials.

As publishers of the only news outlet focused on Lake Wales, we will continue to advocate for continuity, communication, and community as a way to maintain the precious identity that makes our city a special place to live.

Our motto of "Communication Builds Our Community" will remain our repeated theme.

I noticed that the newest and latest annexation to the City Limits is awaiting approvals for 640 RV units (Plus) on the North side of Masterpiece road and the East side of Scenic highway, part of which is in the historic district of Lake of the Hills. How is this parcel qualified to seek annexation ? What is its nexus ? Deputy Mayor Gibson has to speak up,and more loudly if he wishes to protect our environment; and I don't only mean Greenery !

Another issue of Urban Sprawl was the approval of a 641 Unit R$V( My emphasis)park (Plus) on Masterpiece Road. No one gets it except for Deputy Mayor Gibson ,who 9In Opposition) stated lets ....wait for a land use study....before approving.

Increwasing impact fees and connection fees is a good place to start. If we are going to add 8,000 houses, there will be some expansion required, charge enough to pay for it up front instead of sticking current users wiyh higher rates