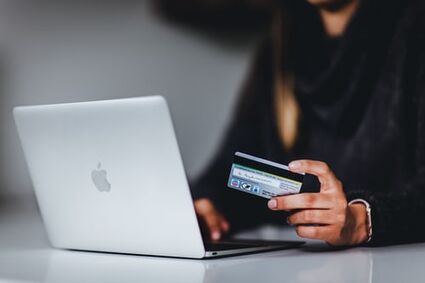 For gamblers, this signals time to think about a key new question: what sports betting app will be the best for customers to use once it’s finally legal to bet on sports in Florida? Let’s examine the context of the debate, and provide some pointers on finding the right sports betting app that fits around your lifestyle, no matter how hectic it might be.

Sports betting was, until relatively recently, banned at the federal level in almost every set of circumstances. There were some minor exceptions, but betting on most of the nation’s favorite sports, such as NFL games, was largely not allowed. This had a profound impact on the lifestyles of many Florida residents: rather than heading down to a game and adding to the excitement by placing a bet, many Floridians were instead forced to simply enjoy the game without that added element.

The law that prohibited this was the Professional and Amateur Sports Protection Act, known as PASPA for short, and had been in force for decades. However, it was struck down a few years ago in a federal Supreme Court decision – and the right to decide whether or not it was to remain on their statute books was given to each state.

Some states ran with sports betting and legalized it quite quickly, perhaps in part due to the fact that it offered a chance for them to earn some tax revenue for the state government’s bank account. Some have made almost no move to legalize sports betting, while others, including Florida, have fallen into a grey area and engaged in a long and protracted debate about what to do.

Before deciding on the best sports betting app to use, it’s worth putting a quick time frame on it. Sports betting won’t necessarily be available in Florida for some time, so at present, there are not many apps to choose from. One tribe in the state has firmed up its gambling offer with a Hard Rock online sportsbook app, although this may still fall foul of the law as it has not yet been green-lighted by the federal government.

So which app is the best one to go for?

The truth is that there’s no single smartphone app that is perfect for all use cases. Once sports betting is legalized in the state, gamblers in Florida will need to make moves to investigate what app works best for their own needs and lifestyle. Some gamblers, for example, might find that they don’t need certain features like advanced graphics, while others will find that the physical aesthetic will appeal. Others will want to get an app that is designed to fit around their lives. Those who enjoy relaxing in their family room and placing bets from the comfort of their own home might want to use an app suitable for a larger device like an iPad, while those who bet on the go due to their busy working lives might prefer to opt for a smartphone app.

Other users might make the decision based on enjoyment of the game rather than something technical. This may lead users to the DraftKings app, which offers daily fantasy sport services. This could be perfect for those who are looking to simply experience the joy of their preferred game rather than attempt to win big money – although there are still prizes on offer with these daily fantasy sport competitions. Fundamentally, it’s all about how you want to spend your leisure time.

If that doesn’t suit you, however, it might be worth exploring a ranked list of the various apps on offer – but just make sure you look at a list that features apps that are going to be available in Florida in particular, once the federal government gets into gear and approves more apps. Some apps aren’t available in every state, so it’s vital to check.

Overall, it’s clear that there is plenty to think about for those in Florida who enjoy sports gambling, now that legalization is finally on the horizon. While it’s unlikely to be pushed fully over the line until the federal government decides to make a comprehensive move, it’s also the case that many people in the state are already thinking about what’s going to come next. With apps such as the Hard Rock online sportsbook app and many others available to choose from, there’s plenty available to gamblers in the state.