Polk State Lake Wales Grows to 1,200 Students, Thanks to One Man's Efforts 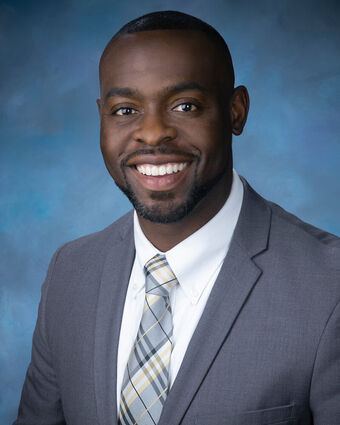 The inspiration of hard-working parents who wanted their children to have a better life has led their son to "pay it forward" by leading others to higher callings through Polk State College.

Dr. Andy Oguntola is the Director of the college's Lake Wales campus in the JD Alexander Center on Central Avenue downtown. He also serves as Dean of Workforce Development for the multi-campus institution. Under his five-year watch enrollment at the local campus has grown from 600 to 1,200 students.

His desire to serve the community led him to expand the local curriculum to allow students to achieve their degrees without having to travel to other campuses of the college. "We added a course in Oceanography, which meets the Natural Sciences requirement, so a student can achieve their entire 60 hours for their bachelor's degree in Lake Wales," he said.

Oguntola, 35, described the innovation that was key to the growth, and how the five-classroom building houses multiple classes. Students attend one day in person, then follow it with a virtual class to share the room. "I wanted to be sure to offer higher education to as many students as possible," he said. "We needed to do a better job of reaching out to our constituents and understanding their needs," he said.

"Just think of the economic impact potential of 1,200 students," he said, describing how the right services nearby could benefit from their presence. Unless space can be found for additional classrooms the college will be unable to expand to serve the growing demand. The campus is adjacent to the Lake Wales Police Department.

His inspiration for leadership and education came quite naturally, but his life in Florida was the result of serendipity.

"My father worked at a security guard in East Orange, New Jersey, where I was born," he told the LakeWalesNews.Net. His father, he explained, won a company contest of a family vacation to one of five destinations. He wrote the names on paper and laid them on the table so Andy and his two younger sisters could choose one.

"They were places like Las Vegas and Hollywood. We picked Orlando and Disney World." That choice led the family to relocate to Kissimmee, where they lived for four months in a motel room as his mother worked as a maid.

Andy's father continued working in East Orange, flying down to see the family monthly before finding work at Disney. "Make sure you eat," was his father's repeated mantra, Oguntola said. "He was a great role model, as was my mom, and I wanted to make them proud. I got my math skills from my mom," he said, "and my work motivation from my dad."

Inspired by how hard they worked and pushed him to be educated, he went through most of his school years with perfect attendance. Oguntola received a football scholarship to Webber International University, and arrived "with a borrowed blue suitcase and a plastic trash bag filled with clothes," he said, since he was too poor to purchase a suitcase of his own. He played strong safety for the football team after running track in high school.

"I wanted to be an attorney," he admitted, but after getting his bachelor's degree in pre-law he began working as a teaching assistant while continuing his studies, leading him to change his career goal. "I was blessed to be able to work in education," he said.

Oguntola went on to get his MBA at Webber International University, then achieved his Doctoral degree through Nova Southeastern University. His three sisters also have degrees.

After witnessing their children's success, Oguntola's parents moved back to their native Nigeria, but he has remained in Lake Wales for 20 years. "Here you can go to the store and say 'hi' to your neighbors," he said, describing the city as "a gem."

Oguntola married ten years ago. He and his wife LaPorsha have three children and he strives to keep them motivated and inspired. "I never wanted to be a complainer," he said, and works hard in his own life.

In addition to his role with Polk State, he also serves on a host of other boards, including as chairman of the Lake Wales Chamber of Commerce and Economic Development Council (EDC), the Haines City EDC, and The Lakeland EDC. 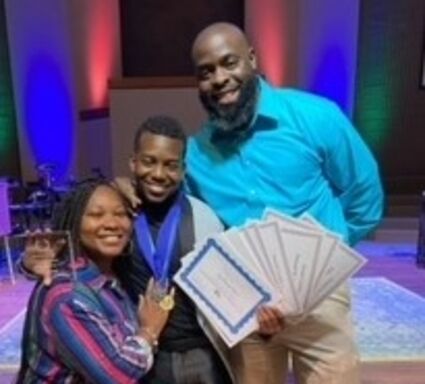 Unafraid of a seemingly endless series of meetings, Oguntola also serves as the vice-chair of the Lake Wales Arts Council and as chair of the city's Citizens and Police Community Relations Advisory Committee.

Among all his other responsibilities Oguntola keeps his work at Polk State in the forefront. He says his motivations are "community and family."

Despite his seemingly full schedule., he will continue to step forward. "Every opportunity my dad ever had, he took," he said in describing his motivation. "So I just ask myself 'why not?'"