By Editorial Board
LakeWalesNews.Net 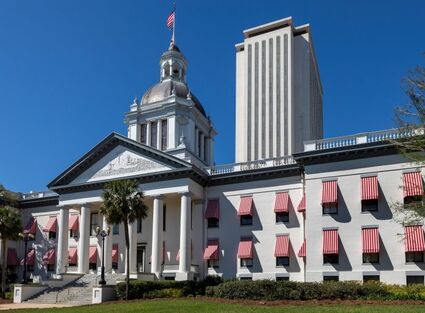 Democracy relies upon "the consent of the governed" to function. Consent implies an understanding of the questions of importance to the populace, which in turn requires an educated electorate. By these steps of logic, Public education is the bedrock upon which American freedoms are based.

More than 20 years ago Florida voters overwhelmingly voted to remove partisan politics from Florida's public school boards, making them among the few Florida public offices, along with most municipal officers, at least nominally insulated from the heated rhetoric which permeates the rest of our governing systems.

Florida is not alone in that approach, joining the majority of other states which have created some semblance of separation from the fray, granting school boards a quieter environment in which to consider the wisdoms and follies of public school curriculum.

Despite that strong vote of support for non-partisanship by Florida voters, a few legislators have now decided to attempt to over-rule the voters and return school boards to the realm of partisan politics. In the process they would also partly disenfranchise nearly a third of the electorate who aren't registered to any major party, and who would be unable to vote in partisan primaries that would likely determine the winners in many counties dominated by one or the other party.

Of the proposal, the editorial board of the News-Sen Sentinel commented "Florida lawmakers want to go backward and return to partisan school board elections in all 67 counties - a dangerous mistake. It makes no sense to undo a decision Floridians made more than two decades ago when they voted to make school board races nonpartisan, the same as for contests for mayor or for circuit judge. The switch to nonpartisan school elections, the system used in most states, was approved by 64% of voters..." We concur with that judgement, and take small solace in the fact that the majority of Lake Wales area schools fall under the administration of Lake Wales Charter Schools.

Unless voters wish to be faced with even more-brutal confrontational disruptions of society by the aggressive fringes of politics, they should speak today with their elected officials in opposition to this proposal. No good can come out of it.