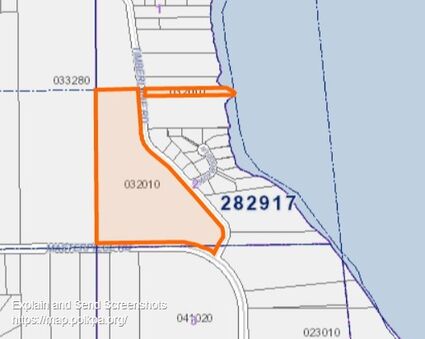 More than 20 acres of forest along the west side of Timberlane Road will become a single-family home subdivision over the objections of many neighbors after the Polk County Commission approved the plan this week. The Polk Planning Commission had unanimously approved the proposal last month.

The 45-home plat will include 10-foot setbacks after many voiced opposition to the five-foot setbacks which Sloan Engineering Group had proposed. Minimum lot sizes in the development will be 10,650 square feet, yielding a density of about 2.2 units per acre after allowing for the required streets and storm water retention facilities. The entire project will be served by septic tanks, as it lies outside the city limits of Lake Wales, the nearest provider. The city already supplies potable water to the area.

The area lies just to the east of a large tract covered by an annexation agreement adopted by the city only weeks ago. That land is expected to be brought into the city not later than 2041 under the terms of the agreement. 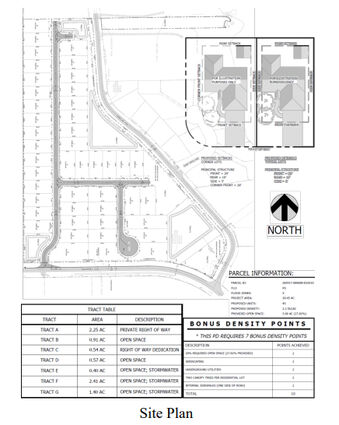 The plat map of the development provides access directly to Masterpiece Road, rather than adjacent Timberlane Road

Residents had argued that the density was inconsistent with the rural nature of the area, much of which was developed prior to zoning laws. The area is a mixture of upscale lake-front housing and mobile homes, some on unpaved roads.

Among objections raised by residents was the danger of the intersection of Timberlane Road and Masterpiece Road, which has a high-banked curve. The project instead features a direct connection to Masterpiece Road,

Development pressure has risen this year throughout the Lake Wales area as national builders seek 'turn-key' projects on which to site houses in the midst of a national housing shortage. Many area property owners are seeking to get plans approved so that they can sell their properties for the higher real estate prices. The subject property was purchased by Alcoma Corporation as part of a $6,893,00.00 real estate deal in 2002.