By News Editorial Board
LakeWalesNews.Net

Net Metering Bills Are An Affront To Florida Freedoms

Polk Legislators Would be Well Advised to Oppose This Power Grab 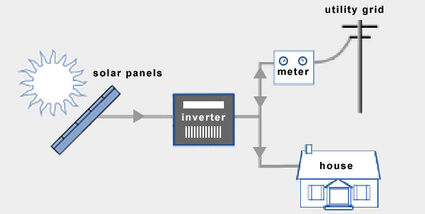 Solar energy reduces demand from the grid. If the solar panels produce more than is needed at any moment, net metering allows that power to be sold to other users through the grid so that a homeowner may recoup a small fraction of the cost of the system. The proposed legislation would halve the value of power sold while maintaining the cost of power purchased by the homeowner. It would effectively bring the installation of solar panels to a halt in Florida.

The energy demands of the Sunshine State are rising apace of our booming population. New homes, schools, and businesses need electricity in plenty. The problem for Florida is that generating most of that electricity requires vast amounts of water to cool the generators. water is in increasingly short supply.

Enter a solution: solar electric energy. Power from solar panels is used in ever larger percentages across the state and requires no water for cooling. Rooftop solar has created tens of thousands of well-paid jobs for Floridians. Best of all, rooftop solar requires no new land, but puts otherwise wasted space to work, shading the roofs of thousands of homes in the process. It works in Lake Wales and across Florida.

The financial feasibility of rooftop solar is dependent upon "net metering." It allows homeowners to use their panels to generate a portion of their power, sometimes sending a bit back to the grid on sunny days when their need is low. The meter essentially runs backward for those moments of low demand.

With our southern location and long days, you might imagine that our legislators would be doing everything possible to promote rooftop solar as a key to continued economic prosperity and energy independence. You would be wrong.

The small but growing percentage of power generation outside their control is irksome to the energy behemoth of Florida Power and Light (FPL), a regulated monopoly. They are willing to generously donate to legislators, and as Senate bill 1024 and the identical House Bill 741 demonstrates, some legislators are in turn equally willing to file the bills that would effectively halt the expansion of rooftop solar throughout the state.

FPL drafted SB 1024 for Sen. Jennifer Bradley to file. Within three days FPL's parent company, NextEra Energy, followed up with a $10,000 contribution to Sen. Bradley's political committee. It's a greedy and cynical move.

Scores and perhaps hundreds of homeowners in Lake Wales benefit from net metering. The proposed law would slash the value of the electricity they generate for the grid, even as FP&L sharply raises the rates they charge for the same power. While FP&L doesn't serve the Lake Wales area, their legislation would impact us just the same.

This legislation has emerged from the same tainted cash spigot that provided millions to a shady political committee that recruited "ghost candidates" whose names appeared on ballots to confuse voters and sway the outcomes of Senate elections. Two criminal charges have been filed in that matter. While FP&L denies involvement, the evidence of their collusion mounts. The appearance is that money talks, and FP&L would like to keep it that way.

Solar energy for the Sunshine State should be a no-brainer. Saving fresh water, reducing air pollution, and creating jobs, while also combatting the threat of changing climate and rising seas, solar electric energy is a panacea for our state.

Installing rooftop solar is one small step that a homeowner can take that is both financially sensible and environmentally beneficial. It's a small freedom, but one that many Americans cherish. To allow the greed of a multi-billion-dollar monopoly to dominate the needs and wishes of tens of thousands of Florida citizens is an unconscionable affront to that freedom. We hope Polk's Legislative delegation will stand for that freedom when this bill comes to committees, or the floor.

Read the Editorial about the Senate and House (Proposed) bills .I can't believe how obvious the proposed bills favor (s ) The Utility company (ies). What rational do the proponents of these bills allege would be of benefit to the residents of the State of Florida ? The answer almost seems too obvious ! NONE !!!