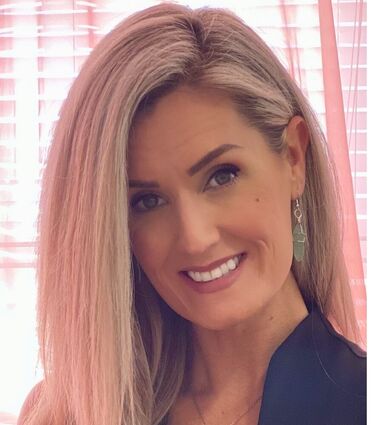 Autumn Cochella was recently promoted to Assistant Director of Development Services for the City of Lake Wales after earning her certification to become part of the American Institute of Certified Planners.

It took only a few months working in the Development Services Division at the City of Lake Wales for Autumn Cochella to realize she had found her passion and a life-long career path. After six years on the job she recently earned a coveted certification from the American Institute of Certified Planners.

"This is my hometown," Cochella said. "I get it. The responsibility is more personal because I care on a different level.

She stepped into the role in a bigger way recently when she earned a promotion to accompany it as the new Assistant Director of Development Services. The department is dealing with a virtual tidal wave of development proposals previously unseen in the city, including more than a dozen proposed subdivisions and apartment projects. That hasn't dulled her enthusiasm.

"Mark is a great mentor," she said, referring to her supervisor, Development Services Director Mark Bennett. "He has encouraged me every step of the way. They told me to learn everything I could, but warned me that the testing material is a mile wide and an inch deep," she said. indicating that she had to cover a vast amount of conceptual material

Cochella was born in Lake Wales into a family of public servants. Her father is a retired fire chief, and her brother Andrew is an sergeant with the Lake Wales Police Department. After earning her AA degree from Warner University in 2008 she continued to study with the intention of earning a degree in Secondary Education, but switched to Public Administration. She graduated from Polk State College in 2012 and has been working for the City since 2015. She has still made time to raise a family and has three children, ages 3, 5, and 7.

Cochella explained that the standards of the AICP require knowledge of economic development, environmental knowledge and sensitivity, and even diversity and inclusion. "I'm self taught in planning," she said, "but this gives me credibility when I speak with the engineers and developers, and they understand that I am certified in planning by the AICP."

"I realized that if you're going to commit to something you should be the best at it."