Mayor, District 4 Commission Seats Will Be On April 5 Ballot 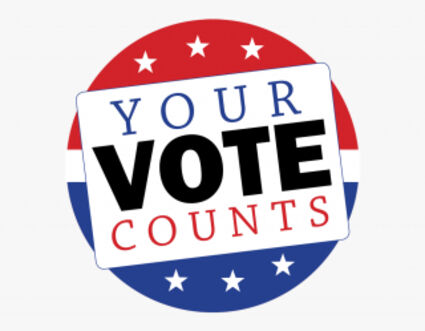 A new Lake Wales Mayor and District 4 City Commissioner will be elected April 5.

Six candidates have qualified for election to two open seats in the City of Lake Wales government in the April 5 municipal elections. Voters will have an opportunity to choose a new mayor and a District 4 city commissioner. Qualifying opened at noon Monday and closes at the same hour on Friday.

Three candidates for mayor of Lake Wales include former Commissioner Curtis Gibson, current Commissioner Jack Hilligoss, and political newcomer Tammy James, a downtown investor and property owner. Current Mayor Eugene Fultz announced last year that he would retire at the end of this term, his third.

In addition to chairing meetings the office of mayor holds few additional powers under the city charter but also retains a vote on decisions, along with the four commissioners.

While the City Charter normally has the three-year terms of office for the four commission seats and Mayor staggered so that the mayor's race falls in the off-year, this cycle voters will have an opportunity to elect a replacement for Commissioner Kris Fitzgerald, who was removed by Governor Ron DeSantis after being charged with a felony a month after her election.

The case against Fitzgerald has yet to be adjudicated, but Hilligoss was named to fill the temporary vacancy until this election cycle and was sworn in August 17. After serving on the commission for a few months, he announced that he would run for mayor rather than stand for reelection, creating yet another open seat.

An immediate candidate for the opening was former Commissioner Al Goldstein, who was originally elected without opposition but lost narrowly to Fitzgerald in April. He has been joined by two newcomers, local youth coach James Loydd, and Danny Kreuger of Lake Ashton, who described himself as a "Frederick Douglas citizen."

To have their names placed on the ballot candidates must qualify by paying a small filing fee and turning in petitions signed by 25 residents of their district. All city voters can vote in both elections.

Two forums are planned to offer residents to hear the candidates speak and answer questions. The first, sponsored by the LakeWalesNews.Net and Rotary on the Ridge, will be held Monday, February 28 at 7:00 pm at the Ouelette Law offices at 151 East Central Avenue. It will also be live-streamed via YouTube and Facebook.

The second forum will be hosted by the American Association of University Women Lake Wales Branch and the GFWC Woman's Club of Lake Wales on Monday, March 14, starting at 5:00 pm.

Residents of these cities who are not yet registered to vote must do so by Monday, March 7th. Applications to register to vote are available at the elections Office, banks, libraries, and other public service agencies, as well as online at PolkElections.gov