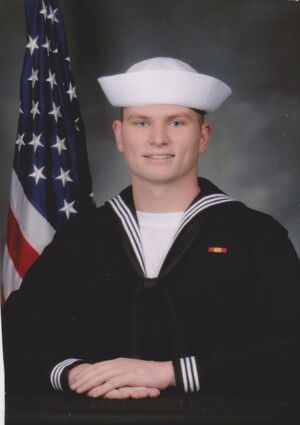 J. Lawton Lilly of Lake Wales has been assigned to serve in the Pacific as part of the US Seventh Fleet aboard the USS Howard, a guided missile destroyer.

Local Resident J. Lawton Lilly has completed his initial training assignments and has been assigned to the Navy's Seventh Fleet in the Pacific. He shipped out 3/16/22 as a US Navy Sailor to the Yokosuka, Japan Naval base outside of Tokyo.

Lilly has been assigned to the USS Howard, a guided-missile Destroyer supporting Carrier Strike Group Five, consisting of the aircraft carrier USS Ronald Reagan, supported by the guided missile cruisers USS Antietam, USS Chancellorsville and USS Shiloh. All are members of the United States Seventh Fleet.

The Seventh is the largest of the forward-deployed US fleets and normally includes 60 to 70 ships, 300 aircraft and 40,000 Navy and Marine Corps personnel, plus Coast Guard support personnel. Its principal responsibilities are to provide joint command in natural disaster or military operations and operational command of all US naval forces in the Pacific region.

Lilly attended basic training/boot camp in 2021 at the Great Lakes Naval Station on Lake Michigan north of Chicago, graduating Jan. 7, 2022, and celebrating by jumping into Lake Michigan with his buddies through a hole cut into the ice..

After receiving advanced training in the Engineering field, he was on leave at home in Babson Park for several weeks before his first command, visiting friends and family, including his brother Justice and parents Cindy & Kent Lilly.