Sweeping Landscape Concept Helped Create "A City in a Garden" 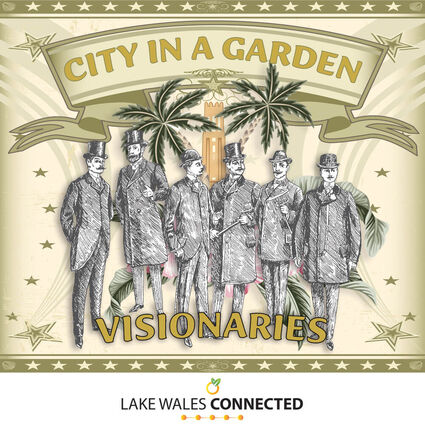 Visionary citizens, including the city's founders, Edward Bok, Frederick Law Olmsted, and August Heckscher among others, helped to make Lake Wales a City in a Garden by 1930

Long before Frederick Law Olmsted left his generational "City in a Garden" imprint on Lake Wales -- and a decade before he transformed impoverished scrub into the lush gardens of Bok Tower – the first of his Florida landscapes was the verdant canvass of Mountain Lake.

By early in 1915, the famed landscape architect who will be celebrated locally on April 30 – and whose work is the foundation for the city's current "Lake Wales Connected" redevelopment plan for the historic downtown and northwest neighborhood areas – had completed his land survey of the private enclave, and was ready to get to work.

"Other places have good citrus lands, though none have better; other places have good climactic and health conditions, though none have better; other places have the same opportunities for growth of tropical vegetation," Olmsted observed in the Feb. 7, 1915 edition of the Tampa Tribune. "But nowhere else in Florida are such outlooks to be had as from Iron Mountain, and nowhere else is a systematic effort being made to conserve and develop the landscape beauty of a tract to its fullest extent in connection with its economic development."

The property's transformation was an immense undertaking. When Olmsted was commissioned to landscape the tower site, workers spent a full year doing nothing but digging and installing irrigation pipes before the first plant ever went into the ground. Bok himself described the site as "a barren sand hill with nothing to help the landscape architect except the two or three hundred native pine trees and its eminence as the highest spot in the land of Florida."

Olmsted took the obvious desolation not so much as a challenge but as an opportunity.

"That gives me a clean slate to work upon," he observed.

Olmsted even served as the chief landscape architect of Mountain Lake's golf course, laid out by legendary designer Seth Raynor. So heavy was Olmsted's influence that residents refer to the 18 holes as "The Park." Not surprisingly, trees were central to his links layout as they were in his later plan for Lake Wales, which is again being used for tree plantings and other landscaping initiatives in the city today. 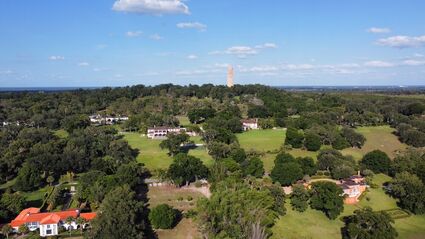 Mountain Lake and Edward Bok's famous gardens were the inspiration that led to Bok's commission to Frederick Law Olmsted for the creation of the Lake Wales streetscape plan, now being replanted by Lake Wales Heritage, an Olmsted Conservancy

"The genius of Olmsted lay in his uncanny ability to pick the ideal location for the key trees on every hole," noted a story in The Florida Green magazine. "It actually appears like the course was designed and built through a stand of mature trees. The park-like flavor of the early, turn-of-the century courses is majestically portrayed as the rolling fairways of Mountain Lake wind their way through the mature trees. It is the stately trees, especially the oaks, that help define and frame the golf holes and course boundaries."

From Mountain Lake to Bok Tower, and later the City of Lake Wales, Olmsted's vision was unwavering, uncompromising, and -- as is the case again now -- embraced by everyone involved.

"It was all a dream of years when Mr. Olmsted began, and I was not at all certain that it could be realized," Bok noted in a 1929 Ladies Home Journal article titled "The Most Beautiful Spot in America," which he truly believed. "After five years of work, Mr. Olmsted proved to me not only that my dream could be realized, but he was bringing it to realization and in a magnificent manner."