Letter Shared With Community Appeals for End to Division, Focus on Children 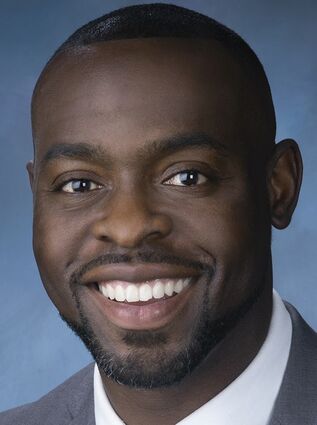 Dr. Andy Oguntola is the former chairman of the board of trustees of Lake Wales Charter Schools and a one-time candidate for the position of superintendent. He called for community support of chosen candidate Dr. Wayne V. Rodolfich.

A heartfelt plea for peace and an end to the politicizing of the Lake Wales Charter Schools has been sent to more than 20 leaders of the system by former Board of Trustees Chairman Dr. Andy Oguntola. The system has been disrupted by divisive fights over leadership and curricula.

"There are moments in history where each of us play a pivotal role in finding solutions or navigating a difficult path through a storm that seems troublesome," Oguntola wrote in reference to sharply-divided opinions. "During terrible downpours, we often "trust" that somewhere down the road, there are clear blue skies that will bring about a change in temperature, feelings, and emotions. As we all move forward each day, we must sit back and ask ourselves, what is most important as we make our decisions? The answer to this question is simple: the children."

The nationally-recognized system of seven schools has an impressive record of achievement, with sharply-higher graduation rates. It has attracted millions of dollars in private donations that have funded enhancements, including educational programs, classroom digital whiteboards, and personal computers for students.

In his letter, Oguntola expressed his support for incoming Superintendent Dr. Wayne V. Rodolfich, who was selected at the end of a fraught year-long search following the departure of his predecessor, Dr. Jesse Jackson. The selection process became a battle of wills and politics, dividing the community. "It's time for us to just come together. Enough is enough," Oguntola said in sharing the message.

Oguntola addressed the letter to trustees, principals, and donors, as well as Rodolfich. After serving as chairman of the Trustees, Oguntola had himself been a candidate for superintendent. He chose to share the letter publicly in hopes of to appealing to the entire community.

Oguntola bemoaned "negative headlines and messages that only bring a black cloud over this system." Those were amplified on social media last week after Dr. Rodolfich was over-ridden by Trustees Chair Danny Gill and acting superintendent and CFO Alricky Smith after Rodolfich told educators at Lake Wales High School he had convinced Principal Donna Dunson to delay her planned retirement by a year to ease his transition. Gill and Smith siad that decision had been made, and would not be revisited.

"The Lake Wales Charter Schools were designed to bring the best in public education to our very own community," Oguntola wrote. "The premise of that statement is our community, which belongs to each of us. We no longer need to be so adversarial or make posts on social media to try and intimidate each other, but let's find avenues of success towards increasing literacy and math scores together."

"Let's go back to the glory days of being the stellar educational example of treating everyone with respect, teaching our students, loving on teachers, and showing each other we can make positive changes," Oguntola wrote.

"The decisions we make today will only affect our next generation who sit back patiently watching each move, each social media post, and which steps we take to unite. If we can't be examples of unity, how can we hold our children accountable to do what's right?"