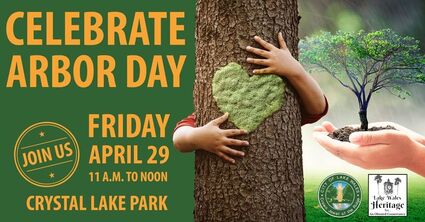 Celebrate Arbor Day with the City of Lake Wales and Lake Wales Heritage Friday morning at 11:00

The conception of the Lake Wales Connected plan and the growing awareness of the city's strong connections to the works of Frederick Law Olmsted Jr. have combined to make Arbor Day an increasingly important event in Lake Wales.

To mark the date this year the City of Lake Wales, in partnership with Lake Wales Heritage, is planting a 100-gallon cathedral live oak to observe the 150th anniversary of Arbor Day. Local residents are invited to witness the planting of the large oak which is expected to shade the corner of 5th Street and Sessoms Avenue for years to come.

The planting and dedication ceremony will take place at 11:00 am on Friday at the edge of Crystal Lake Park opposite the United Methodist Church and adjacent to the city tennis courts.

The tree will be the first of many trees planted in the area. Plans include reestablishing an urban canopy of trees along East Sessoms Ave. to continue efforts towards sculpting a "City in a Garden."

The city's efforts to expand a shady urban canopy will eventually include more than thirty blocks of the city, Including much of the downtown area and the Northwest Neighborhood. Those plantings will happen as part of the Lake Wales Community Redevelopment Agency's Lake Wales Connected plan.

Meanwhile, Lake Wales Heritage is partnering with that effort by planting trees along many other residential streets, having recently completed the planting of 30 lemon bottlebrush trees along 4th Street and some 34 magnolia trees on Lakeshore Boulevard. The efforts of Lake Wales Heritage are funded entirely through private donations, memberships and grants. 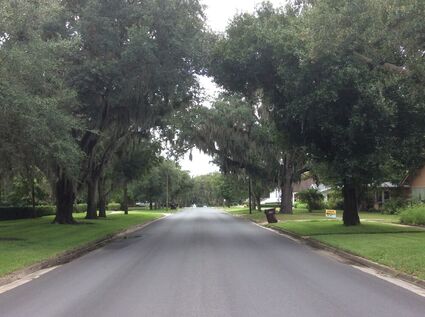 "Canopy" oaks will shade many miles of Lake Wales streets in coming years through the efforts of the City of Lake Wales and partner organization Lake Wales Heritage.

The joint observance of the coincidental Arbor Day and that of the Olmsted 200 will culminate on Saturday with Olmsted Day in the Park, a fun-filled day for the entire family. The event will include music, food trucks and vendors, games, contests and prizes for adults and children, a beer garden in the shade of the grandfather oaks, plus more than 30 vendors.

The event will run from 9:00 am to 7:00 pm, Registration for games begins with kite-building at 9:00. Bands include a half-dozen performers from Sandy's Music Girls, the Lake Wales High School Orchestra, Highlander Marching Band, the Plank Spankers blues group, and the classic rock sounds of Bittersweet to round out the evening. More details are available at the Heritage website.