After five years of rising success in the film and television industry, Lake Wales actor and screenwriter Jeff Herman will undoubtedly be there in person Monday night for the release of his new feature-length film when it premiers at the Regal Eagle Ridge Cineplex at 7:00 pm.

The film, entitled "No Vacancy," stars Dean Cain, who played Clark Kent in the TV series Lois & Clark, along with roles as the host of Ripley's Believe It or Not! and the sports drama series "Hit the Floor."

Herman played the role of stalker and murderer Kenny in the Lake Wales Little Theatre drama "The Assassin's New Friend" in March 2019, when he plotted against Brian, a true-crimes writer played by Robert Connors, with Holly Murren as his suspicious wife, Dana.

Since that time Herman has continued to pursue an acting career and has appeared in numerous commercials and short films. He also won Best Music, Best in Genre, and Best Film for his original screenplay of "The Ranger," a spooky short entered into the Orlando Independent Film competition. Herman played the lead role in that production. 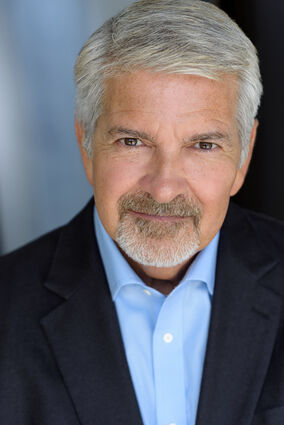 Jeff Herman appears in "No Vacancy" which premiers Monday evening at the Eagle Ridge cineplex at Eagle Ridge Mall in Lake Wales.

"This role got me SAG eligible," Herman said, referring to the Screen Actors Guild. "I was working with Dean Cain, who is just a phenomenal individual. He makes you feel like you're the most important person in the room and filming scenes with him was a tremendous experience."

The new feature-length film is entitled "No Vacancy, and tells the true story about a Baptist Church in Leesburg that tries to buy an old hotel in order to provide housing for the homeless. Herman will portray Gene Sanders, the chairman of a church finance committee who confronts the pastor, played by Cain, with the bad new that the church cannot afford the property.

The film is slated for national release in 800 theatres through Disney/AMC, but a special premier screening will take place Monday only at the local cinema.