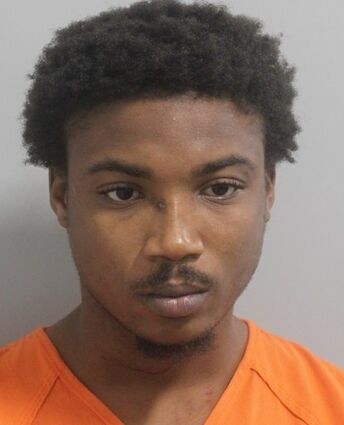 A shooting in a parking lot has left one victim with wounds and a suspect on the run. Lake Wales police officers responded to the mid-evening call from the Lake Wales Garden Apartments. Officers found one victim with gunshot wounds and witnesses who identified the suspected shooter as Aaron Devon Garrison of Bartow.

Officers learned Garrison, 27, shot the victim in the parking lot after arguing arguing with a person upstairs. After that altercation Garrison walked downstairs where a group of males asked him if he was okay. Garrison" exchanged words with the group, " according to police, before pulling a pistol, and firing at the group multiple times, striking the victim twice. During that exchange Garrison also shot through the window of a nearby apartment, "narrowly missing the resident within," police said. Witnesses said Garrison then entered the passenger side of a white or light colored van before it drove off.

The Lake Wales Police Department worked with the assistance of the Polk County Sheriff's Office to attempt to locate Garrison in locations throughout the city and county without success. Lake Wales Police Detective David Arana then obtained an arrest warrant for Garrison, charging him with attempted 2nd degree murder, shooting into an occupied dwelling, and possession of a firearm by a convicted felon. 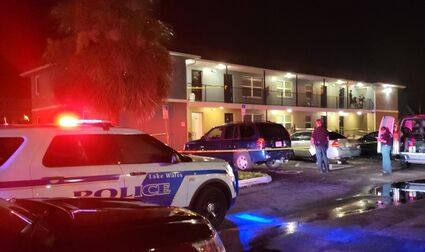 Witnesses at the scene were able to identify Garrison as the possible shooter. Garrison has a lengthy criminal history and has served several years in state prison.

Garrison has a violent criminal past to include robbery with a firearm and battery on officer, firefighter, EMT for which he spent almost five years in prison from 2015-2020.

Garrison should be considered armed and dangerous. Please contact law enforcement immediately if you see Garrison or know of his location.

The victim shot in this case was treated and released, police said.

This remains an active case. Police are asking anyone with information to contact Detective Arana with the Lake Wales Police Department at 863-678-4223 ext. 269, or to stay anonymous and be eligible for a CASH REWARD through Heartland Crime Stoppers,