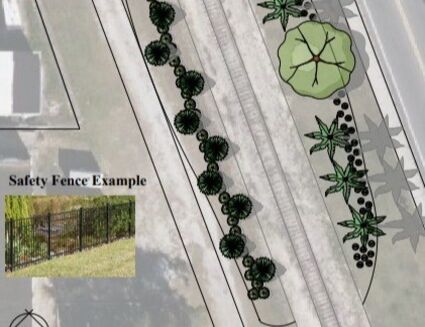 Scenic Highway's passage through downtown Lake Wales will quite a bit more scenic upon completion of new efforts planned by city staff.

Plans to add multiple new shade trees, shrubs, flowering plants and fencing are moving forward under the terms of a new lease between the City of Lake Wales and Florida Midland Railroad. The railroad owns a highly-visible corridor through the center of town which already hosts a number of buildings associated with the Lake Wales History Museum. The project will include safety and security fencing on both sides of the rail line.

Project Coordinator Michael Manning of the City of Lake Wales described the project at the "Scenic Highway Gateway Corridor" in a memo to city commissioners, saying it "truly functions as the gateway to Historic Downtown Lake Wales." 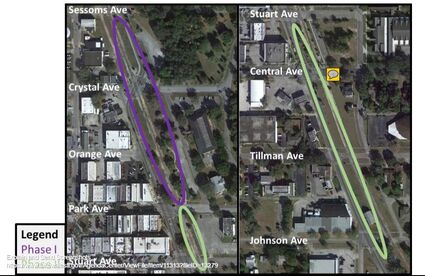 The work on the Scenic Highway railroad corridor will be funded partly through a T-Mobile grant of $48,623 that was awarded to pay for landscaping the park, which borders Scenic Highway opposite the public library. The city continues to seek grants from a variety of sources, and has already obtained an $800,000 Federal grant that will be used for beautification of portions of Crystal and Orange Avenues. Manning anticipates that any funds remaining from those projects may be used to install new Washingtonia Palms along Tillman Avenue, an effort espoused by Lake Wales Heritage.