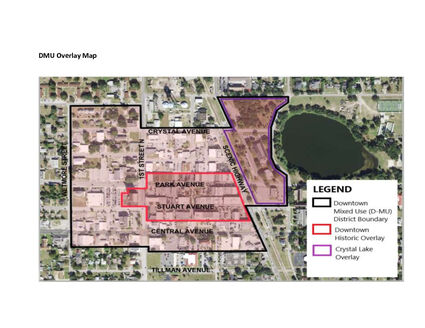 A Lake Wales zoning ordinance will create "a new district in form...architectural standards...and parking requirements," and give it economic incentive by "permitting and allowing," according to Amy Grove, a planner with Dover Kohl. The "downtown mixed-use" district is at the center of efforts to revitalize the area.

Groves' remarks were made at a final public forum on the mapping of a new zone, which drew fewer than two dozen residents to hear a presentation by planners from city consultants Dover Kohl on the change. The plan is the result of several prior meetings to hear the desires of property owners.

A new D-MU district, which replaces former C-1 and C-1a zoning, allows for more intensive uses in the heart of the city while also imposing design standards on future construction. Those standards are intended to assure that the area increases its appeal as a pedestrian destination.

The district removes minimum parking standards completely, allowing developers to determine the economic value of parking in their plans to avoid wasting space.

Among other changes provided for in the new district was up to three new "bars," defined as establishments serving spirits as their primary revenue source. Restaurants, as well as beer-and-wine-based businesses, fall into a different category.

That change was identified as a opportunity to create an "entertainment district" and draw more commercial activity to the area.

Building lots will be required to have at least 80% of their frontage occupied by structure, and cannot exceed 45 feet in height.

Planner Victor Dover told the group that the intention of the new district was five-fold: "Designing, activating, empowering, connecting, and populating." While Grove led the presentation, Dover took the lead in responding to many questions.

The ordinance, already adopted by the city commission, "took guidelines and made them standards, instead of suggestions," Dover said. "These features add quality to the street experience," he added.

Among the standards are requirements that no surface parking be located within 10 feet of a sidewalk, that new buildings feature appropriate windows and doors, and that new residential buildings have ground floors raised four feet above sidewalks to provide privacy for residents.

The question of whether parking could be allowed underneath such residential structures led to a discussion regarding the required set-back of 10 feet. Deputy Mayor Robin Gibson rose to address the issue, arguing that if that parking were screened from view, he could see no reason to impose the setback.

City Development Services Director Mark Bennett will be empowered to make such allowances on an administrative basis, with appeal possible to the city's Board of Adjustment and Appeals. 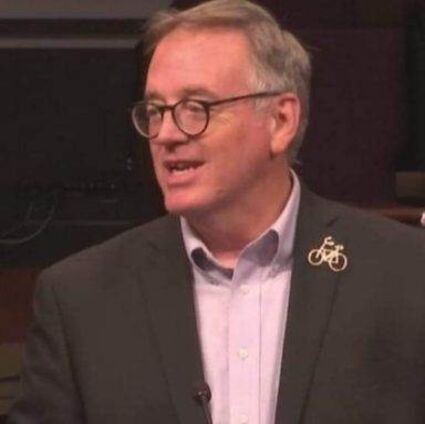 Lauded urban planner Victor Dover has led the efforts to gather public input and create the award-winning Lake Wales Connected plans. He is now engaged in a broader community-wide effort called "Lake Wales Envisioned." That process involves seeking the opinions and ideas from citizens across the entire Lake Wales area to help shape the future land-uses and growth patterns that will define the future city.

The D-MU district will include the core of the downtown area east of Wetmore Street and west of Crystal Lake, including properties facing Central Avenue, and stretches north to include Orange and Crystal Avenues. Those streets are envisioned as providing sites for potential future residential development.

The downtown area is a registered National Historic District, but not all buildings in the area are considered "contributing structures." The new design standards are intended to insure that future construction harmonizes with existing buildings, most of which date to the 1920's Florida "Boom" era.

The new district meets two of the goals of the Lake Wales Connected plan, the award-winning transformational effort designed by Dover Kohl in a series of public workshops, charettes, and planning sessions. The construction of that project was officially launched at an entertaining ground-breaking ceremony earlier this month.

The Connected plan received two significant planning awards in 2021, including the Plan It Award and the Jan Johnson Public Participation Award, both from the American Planning Association Heart of Florida chapter.