On to State Finals March 1 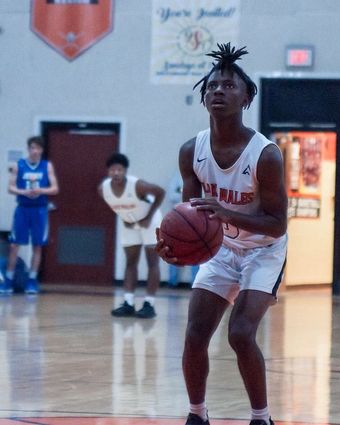 In the final seconds of a hard fought Regional semifinal with the season on the line Lake Wales freshman Donald Gatlin took matters into his own hands sinking a 2-point shot with two seconds remaining, and the defense shut down the Tampa Jesuit Tigers to lead the Highlanders to victory, 45-44, at home.

Lake Wales will face off with the 25-3 Lakewood High Spartans in the Regional State Championship Final in St. Petersburg. Lake Wales is 22-7.

When asked what factor contributed most to the Feb. 26 win, Coach Don Grant stated unequivocally, "Tampa Jesuit scores 67 points a game. Do you see the score?

"Defense won the game. Our assistant coaches did a great job helping keep their heads in the game," Coach Grant revealed. "We didn't panic."

Lake Wales avenged a loss last year at the Jesuit gymnasium by the same one point margin.

"I kept telling them, 'remember Jesuit beat us last year'" Coach reflected. "One point last year in their house. One point this year in ours. That's a good win."

The game wasn't always neck and neck. Gatlin also started off the scoring with a 3-pointer followed by a layup by Senior Tavien Williams who added a pair of 3's in the opening session and was the overall leading scorer with 13 points.

Highlander Ty Hall put up two points in the quarter countered only by two baskets by Jesuit forward Jack Cooper. The frame ended with the lopsided score of 18-4, Lake Wales.

Slowly but surely the Tigers began to play more aggressively in the second. With regained composure and confidence Jesuit players Chris Gomez and Alex Orr each drained 3-pointers while Jeremiah Nichols and Benett Andersen each put up 2-pointers to close the gap to 24-15 at the half.

In the second half the Tigers continued to make up ground. Jesuit outscored Lake Wales once again in the third quarter 15-10 further chipping away at the lead to 34-30. A quick basket by the Tigers in the fourth quarter reduced the once hefty Highlander lead to a mere two points.

The pendulum continued to swing in favor of Jesuit. A second 3-pointer by Tiger Ryan Weir made the score 36-35 Highlanders.

Over the next 1:21 the score favored the Tigers who were leading 44-43 with only 17 seconds remaining causing the blue visitor section to cheer and stomp wildly, but Coach Grant called time out, and the last play was drawn up in the huddle. 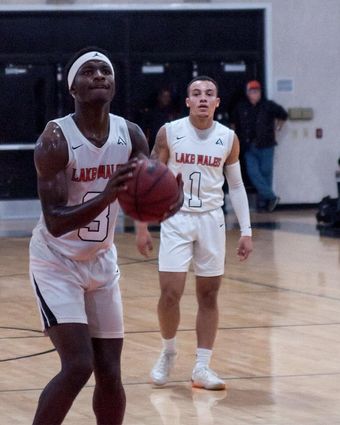 Seventeen seconds quickly became nine seconds on the clock when Gatlin took a handoff from Senior forward Berkiel Tulloch at the top of the key and began driving toward the basket, weaving between and around four defending Tigers before lofting a tear drop shot that found nothing but net leaving Tampa Jesuit two seconds to reach the Regional Final. A long inbounds pass and a blocked attempt fell short as did their season.

NOTE: YAYBK are the letters sewn onto the back of every Highlander jersey. Now we know why. Of course those initials stand for "You Are Your Brother's Keeper," the Lake Wales High motto. While the team's hustling defense may have been the contributing factor in the victory, their unselfish teamwork continues to be the main ingredient for excelling in the postseason.

Keep up the good fight! Congratulations on an already great season to the Highlanders.