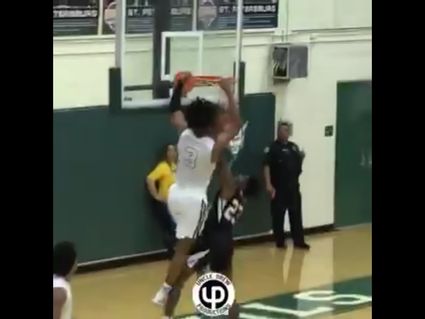 Our Highlander boys varsity basketball are now idle after a loss Friday night March 1 to home team Lakewood Spartans in the FHSAA Regional Final in St. Pete. But the Lake Wales team and its supporters should be proud of their stellar, break out season nonetheless under the direction of Coach Don Grant, Assistant Head Coach Anthony Jones and Assistant Coaches J. R. Grant, Norman Jackson and Marcus Walker.

Although falling one game short of entering the Final Four to participate in the Florida High School Boys Basketball State Championships venue March 4-8 at the Lakeland's RP Funding Center the Highlanders won-loss record of 22-8 is nothing short of huge success. The season will go down in the memories and minds of those who witnessed a fast and assertive group that never gave up even in the presence of better teams, at least on paper.

Take Lakewood (overall 26-3), for example. The Spartans had not one, but two "players to watch" as reported by Tampa Bay Times Preps Reporter Bob Putnam in early December. Yet it took until the 4th quarter for Lakewood to pull away to extend their post season procession to the Final Four.

As Sports Editor of a new news outlet serving the greater Lake Wales community the coaches, players, cheerleaders, statisticians, announcers, Booster Club and anyone I've failed to mention are to be credited for their contributions both on and off the court. All of you have provided inspiration and motivation for raising the bar and becoming better by reaching for the stars.

To view the entire playoff schedule visit this link: http://www.fhsaa.org/sites/default/files/orig_uploads/sports/basketball-boys/archives/2018-19/boys_schedule.pdf