Recent News About East Polk Transportation Improvements Has Us Encouraged 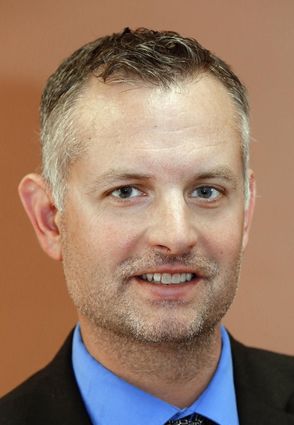 If we at the Lake Wales Area Chamber of Commerce and Economic Development Council were to survey people who travel through and around greater Lake Wales, I think we would be hard pressed to find even a fraction of them pleased with driving conditions here. If we were to narrow down the survey to a discussion only about U.S. Highway 27, the area's major north-south route, the fraction of pleased motorists likely would be even smaller.

The issue here really isn't about road conditions. Most of our roads, streets, and highways - as built and as improved when possible - are in good condition, and for that we thank our local, county, state, and federal road crews and the government agencies that fund them with taxpayer dollars. The issue is about capacity. There simply aren't enough routes to take the load off State Road 60, the area's major and ever-more-used east-west route, and a well-over-capacity U.S. 27, particularly on the north side of Lake Wales.

The principal factors driving the increased traffic volume locally include a high population growth rate in east Polk County; greater commerce and more business construction to support that growth; record Florida tourism, greatly generated locally by the wild success of nearby Legoland Florida Resort; and greater economic development, which we at the Lake Wales Chamber-EDC and our partners work diligently to build, support, encourage, and promote.

The ability to effectively and efficiently move people, goods, and services is an essential part of economic development.

With all of that as a backdrop, I and anyone remotely linked to the business of economic development - the business of building business - have been encouraged by all the recent movement on and news about local transportation issues. The key topics are:

First proposed in the 1980s, the on-again-off-again Heartland Parkway has dominated the transportation-related headlines lately and might be just be on again - with East Polk as a potential beneficiary.

Proposed as a toll highway in the Florida turnpike system, the north-south Heartland Parkway would stretch as much as 150 miles from the Fort Myers-Naples area of Southwest Florida to a point at Interstate 4 near the Polk-Osceola county line. The parkway would cut through mostly rural areas of Polk, Hardee, Highlands, DeSoto, Glades, Lee, and Collier counties.

Supported by former Florida Gov. Jeb Bush but spiked by his successors, Charlie Crist and Rick Scott, the Heartland Parkway proposal - "the toll road that wouldn't die," according to the Tampa Bay Times - received a big boost from Florida Senate President Bill Galvano early this year. He wants his fellow lawmakers to support high-dollar funding for the parkway and two other ambitious highway projects.

While the jury is still out on support for the Heartland Parkway from our current governor, Ron DeSantis, Galvano has at least the backing of the Polk County Commission. Galvano has an official letter of support from our county commissioners, along with a push for a road project that we at the Lake Wales Chamber-EDC see as urgently needed - the Central Polk Parkway.

It was great to read the comments of Polk County Commission Chairman George Lindsey in the County Commission's transportation-focused letter to Galvano: "The Central Polk Parkway can greatly enhance hurricane evacuations by providing an express, direct link between SR 60 and Interstate 4," the letter says. "It can also provide a key link in the creation of a new multi-use corridor between Polk County and Collier County."

Lindsey's letter ends with a request that Galvano support "state and local efforts" for the Central Polk Parkway, which could be under construction in 2024 if all the planning and funding pieces for it fall into place.

Not to be overlooked in the arena of transportation is the need for more public mass transit services. While we were taking in all the latest developments about the Heartland and Central Polk parkways, we also were liking the report that the County Commission had voted to mostly fund a new East Polk County Citrus Connection express bus route. The route will use U.S. 27 to move bus riders from the Lake Wales to Haines City and Posner Park near Davenport six days a week.

All of these transportation-related headlines are very encouraging from an economic development perspective. Locally and regionally, people in government and business and the motoring public agree that something needs to be done - and done soon - to improve the transportation infrastructure in east Polk County. The Lake Wales Chamber-EDC certainly has been pushing for these improvements. We need to upgrade and change to stay relevant - to keep us in the game of positive economic development.