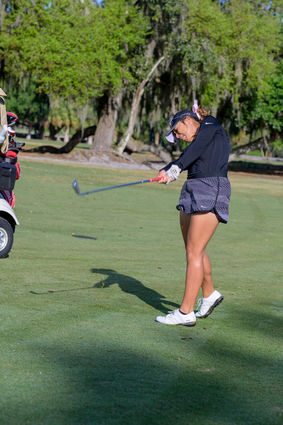 The 11th Florida's Natural Charity Classic has brought to the area 132 women golfers participating March 12-17 in the Symetra Tour, a qualifying event for the Ladies Professional Golf Association.

Earlier in the week, the ladies played with teams of three amateurs, who paid $1,800 to join them for an 18-hole round of golf to raise money for charity. The Florida's Natural Growers Foundation uses the pro-am tournament to raise funds for charity. They have awarded more than $1.4 million to schools and nonprofit organizations.

In the women's tournament, first rounds were played Friday, March 15 and second rounds on Saturday. The final round begins at 7:30 a.m. Sunday, March 17. Trophies will be presented at conclusion of play. The tournament takes place at Country Club of Winter Haven, 4200 Country Club Road S. Spectators can pay $10 per day to watch.

Demi Runas was leading the pack with a 68 after Round one. The Carson, CA native has been playing in the tour since 2014 and has $83,234 earnings to date. Last year's winner was Lauren Kim, who shot a 71 in the opening round Friday. She joined the tour in 2017 after graduating from Stanford University and has career earnings of $58,224. 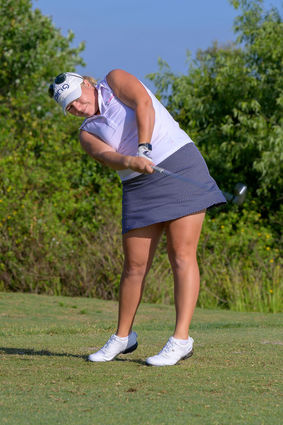 The Symetra Tour is the official qualifying tour of the LPGA Tour and entered its 39th competitive season in 2019. With the support of its umbrella partner Symetra, the Tour's mission is to prepare the world's best young women professional golfers for a successful career on the LPGA Tour.