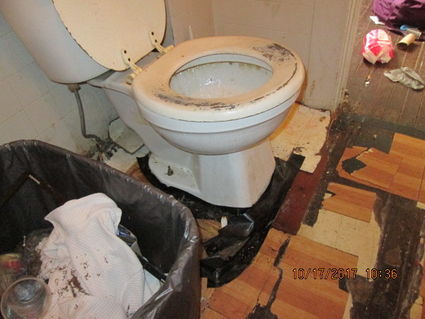 Kathy Bangley is the pragmatic director of planning and development for the City of Lake Wales.

Ray Brown is a visionary historic preservationist and developer.

Brown wants to restore the 1929 Seminole Hotel on First Street. Bangley says it's unsafe and she wants it demolished.

The Seminole sits just two blocks north of Brown's other major project, the 1926 Walesbilt Hotel, a focal point for downtown and the tallest building in the city. Brown started work on the Walesbilt in 2010 and took possession from the City in 2011 after documenting $1.5 million spent on restoration.

Bangley and Brown have locked horns for several years, but she says it isn't personal. Brown thinks it's very personal and that city officials are throwing up unnecessary roadblocks to his proposed purchase of the Seminole Hotel because he is the proposed developer. City officials have issued stop work orders for the Walesbilt and publicly criticized his lack of progress.

Bangley's code enforcers condemned the Seminole as unsafe, and she says even if a new developer buys it she wants it torn down. Brown is hopeful if presented with a solid development plan the city might remove its lien on the Seminole property and waive the $100,000-plus in fines for code violations, that grows by $250 every day.

Based upon the advice of City Attorney Chuck Galloway, Bangley and City Manager Ken Fields are restricting Brown's access, even though he has the current owner's notarized permission to enter the hotel. Brown wants to send in a work crew to clear out the debris and abandoned belongings of former tenants to make it easier for the architectural firm he is working with to take measurements needed to create a development plan. Bangley points out that Brown doesn't own the building and she says he doesn't respect the city's rules.

City officials also denied access to a reporter and photographer from LakeWalesNews.net. But the city did provide photos code enforcement took inside the hotel in 2016 and 2017.

Showing the photos, Code Compliance Officer Jose Lozada tells the story of the Seminole Hotel's ugly past. Drugs, prostitution, terrible living conditions. Individuals and families with children lived in efficiency apartments and shared bathrooms with the tenants next door. Some paid $400 per month to live in apartments with hotplates instead of stoves, peeling paint, hanging wires, termites, rotting floors and water pouring down the walls.

Lozada described visits by code enforcement where they documented violation after violation until code enforcement finally was able to remove all the tenants and condemn the building. City officials expressed concern about whether anyone should enter the building without a breathing apparatus or at the least, a mask.

While others are being kept out, the city is allowing two professionals at a time to enter the building to assess its condition. Brown and his development partner, Rick Gonzalez from West Palm Beach, will be granted access May 7. Gonzalez has extensive experience restoring historic buildings and is vice president of the Florida Historical Commission.

Another possible supporter for the hotel restoration is Victor Kohl of the urban design firm, Dover Kohl. The consultants are working on a plan to revitalize the historic downtown and northwest business district. After spending a week in Lake Wales in March, Dover Kohl included in its final public presentation a rendering of a restored Seminole Hotel, expressing the obvious need for more housing near the downtown area. The Dover Kohl report is expected in June. 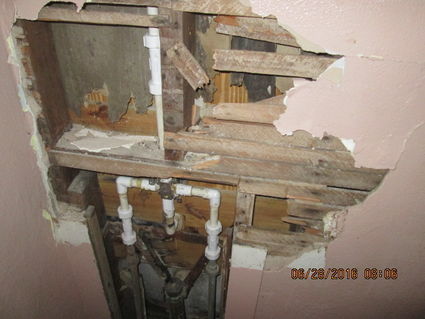 Bangley said she is waiting for the results of an asbestos assessment so she can get an accurate estimate of what demolition would cost the city. Because they believe the outside walls and inside pipes are covered with asbestos, the price to tear the old hotel down is expected to be high, possibly over $100,000, Bangley said. She says the city currently has $70,000 in the budget for demolitions, but the Seminole is not the only project on the chopping block. Condemned homes generally cost about $10,000 to tear down, Bangley said. Ultimately any contract for demolition will need to be included in the budget and approved by city commissioners.