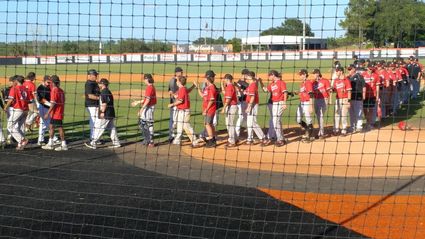 Lake Wales High School's boys baseball team can take it to the bank that closing out Spring 2019 with a won-loss record of 21-7 reflects a season well done. Imagine. Three quarters of the time spent playing, the Highlanders were on top, and only a quarter of the games found them on the losing end. That made for a successful run that took them deep into the FHSAA playoffs, losing only in the Regional finals.

Except for a one run difference on the scoreboard both Lake Wales and the Dunedin Falcons matched number of hits and number of errors (8 hits, 1 error each).

After going down 3-0 in the top of the 5th inning the Highlanders fought back to tie the score first on a run by Ethan North off a double and RBI by Tommy Ricketts followed by a 2-run homer by Blake Bradley scoring Ricketts and Bradley.

No runs were scored in the 6th inning, but the Falcons scored what was eventually the winning margin in the top of the 7th.

Of the 8 total hits Abdiel Flores and Bradley had two apiece, and the others were split between Ricketts, Gilbert, North and Jared Mueller.