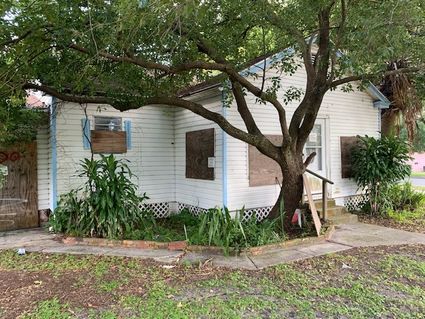 Greg Massey invested in a house in August and made plans to renovate it and rent it out. Unwilling to give him the extra time he requested to submit restoration plans, the City of Lake Wales had it demolished.

At the commission meeting Massey detailed the timeline and his frustrated attempts to talk with Fields and Kathy Bangley, the assistant city manager for development. He provided a packet of information that included an engineering report on the condition of the house and a series of emails with Bangley and other development services staff members.

Bangley said the timing of the demolition was a coincidence as the city contracted for the work in September. She was advised by City Attorney Chuck Galloway in a Dec. 6 email that the city couldn't just cancel the demolition contract without incurring liability. The demolition cost $9,600 and as a co-owner Massey will be responsible for paying half, Bangley said, plus half of about $6,400 in service liens levied against the previous owner that follow the property.

Massey said after the commission meeting that he was attempting to invest and provide affordable housing by renovating the 4 bedroom, 2 bath 2,100 square foot house at 221 Sessoms Ave., which also included an apartment on the site.

"It never needed to be demolished. It wasn't falling down. It wasn't raggedy," Massey said. "The house could have been repaired."

"My concern was that he was not being afforded due process, which involves notice and an opportunity to be heard. The decision was already made," Jones said. She said in the past new owners who were not responsible for code violations were given time to correct the problems.

"He said he was able to show proof that the building was safe, to show evidence, but that request was denied," Jones said. "It concerns me that they knew he was coming to the commission and they chose to demolish it that day."

Jones said she was concerned about the city's potential liability if Massey's house was torn down without due process. Jones is an attorney, but she does not represent Massey.

Massey complained that the deadline of 30 days to submit plans was unreasonable as it took him several weeks to hire an engineer and get the firm's report detailing what renovations would be needed. The city granted permission for Massey to bring the engineer on site Nov. 7 and Massey said he received a draft report from Carey Wilkinson of 4D Engineering in Lakeland on Nov. 19. He said he forwarded a copy to the city and told them he was preparing plans for restoration that would put the home in compliance.

Bangley notified Massey by email Nov. 20 that the city was proceeding with demolition since "you have not substantially moved forward with the permitting process, therefore we will be exercising our legal right to demolish."

Massey responded by email Nov. 26 that he was still waiting for the engineer's final report and once he received the certified sealed copy he would submit it and plans to the building department.

"I've done everything they asked me to do. I thought as long as I was moving forward I would have more time," Massey said.

Building official Mike Tripp notified Massey by email Dec. 5 that he could not continue processing Massey's alteration application since the city had entered into a contract with a contractor to demolish all structures located on the site and a demolition permit had been issued.

Massey emailed back Dec. 6 that the property shouldn't be demolished "as I have been doing what the city asked of me toward getting a permit."

On Dec. 10 Massey emailed Bangley saying that since her Nov. 20 email he had left several phone messages, which she never returned, to clarify that he was moving forward with engineering and attempting to get permits. He told commissioners that while Bangley was out he tried to talk with the city manager, who refused to take his calls.

Bangley and Code Enforcement Officer Brian Nadeau dispute Massey's version of events. Nadeau said he first talked to Massey Aug. 20 about the plans to demolish the property when Massey stopped by while Nadeau was with a contractor doing an asbestos inspection. Massey notified the city about a week later that he had purchased the property and had a quit claim deed.

Bangley said she gave Massey 30 days to submit plans to correct code violations; that stretched to more than 90 days and Massey still did not show adequate progress. Bangley said she didn't expect the work to be completed but the city at least needed plans submitted for building permits to correct the eight conditions identified by the code enforcement officer that he said made the house a dangerous structure. 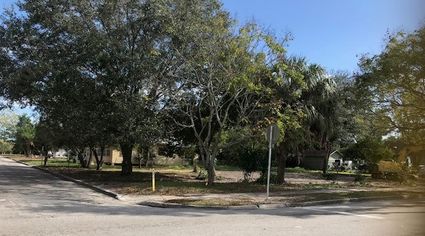 The house actually was declared unsafe and uninhabitable in April 2017 after squatters were found inside living without running water or electricity, Bangley said. Provided with documentation about the condition of the house, the Code Enforcement Board issued the demolition order in November 2018.

Polk County records list the house as in poor condition and set the market value at $36,000 before any improvements are made. The house was on the corner of Sessoms Avenue and Dr. Martin Luther King Jr. Boulevard, southeast of the James P. Austin Community Center.

Massey said he was disappointed that the city proceeded with demolition when he was trying to turn it into affordable housing, but he was unsure what else he could have done about it. He said he will be looking for a lawyer and plans to sue the city.

"It's sad that people are subjected to this type of thing," Massey said. "I've talked to many other people who have had problems with code enforcement or permits."