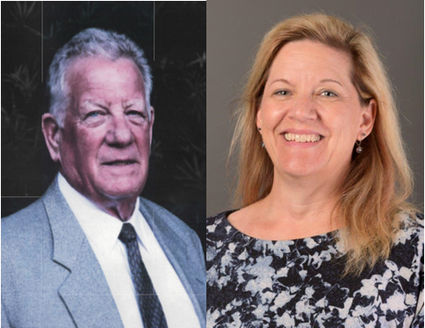 Facing vocal opposition to eliminating the citizen Code Enforcement Board, Lake Wales city commissioners expressed support for a hybrid system where they would keep the board but also hire a magistrate to handle more complex quasi-judicial issues.

City commissioners Terrye Howell and Curtis Gibson at their Jan. 7 meeting opposed the staff recommendation to eliminate both the Code Enforcement Board and Board of Appeals, saying they wanted to encourage more citizen involvement and that local people would understand the community better than an outside lawyer. Gibson noted he served on the Code Enforcement Board prior to running for the commission.

Assistant City Manager Kathy Bangley said the boards have suffered from not enough citizen volunteers, which has resulted in lack of a quorum some months making it difficult to complete the city's business. Gibson questioned why citizens who have volunteered, including a former mayor, haven't been allowed to serve.

Mayor Gene Fultz, who under the city charter has the responsibility to bring board nominations for commission approval, said he implemented a procedure that requires the responsible city staff person and the chair of the citizen board to interview all applicants and bring recommendations to him.

But former Mayor Mike Carter, who served on the commission from 2013-2017, said Bangley admitted to him after the Jan. 7 commission meeting that instead of following the mayor's process she personally decided to throw his application in the trash. Carter submitted his application in July and was never notified that his request to serve had been rejected.

"Kathy (Bangley) decided on her own, it was her decision that I was not going to be on the code compliance board," Carter said. "The bottom line to me is we are in deep trouble if the only appointments made to citizen advisory boards are made at the discretion of city staff. If we allow that to happen we're going to have citizen boards appoint only people the staff like."

Carter acknowledged he isn't popular with some members of the city staff, but said he doesn't think the city should just be looking for people to serve as rubber stamps: "I can be very direct. I can be very blunt. Tell me what's going on. Let's fix it and move on. I ask a lot of hard questions, but I want to do what's best for Lake Wales."

Another applicant Bangley apparently rejected without an interview is former member Melissa Konkol, who served a total of 18 years on the Code Enforcement Board. Members can serve three consecutive three-year terms and must be off the board for a year before reapplying. Konkol served from 1999-2007, was off the board in 2008, served again from 2009-2018 and then reapplied in June 2019. She was board chair for 17 of her 18 years.

“I am extremely disappointed that the mayor has been allowed to give power over applicants to city staff instead of the commission making these decisions. This is not right and, I believe, is the reason the board is not filled,” Konkol said. “I assure you that Kathy did not care for my presence on the board because I routinely questioned certain practices by her office.”

Konkol said the board at times was in conflict with Bangley because they chose to work with property owners instead of just leveling fines. She said they also questioned some staff decisions including one to cite a property owner for having his Christmas lights up too long. Konkol said Bangley also scheduled board training at a time she knew Konkol, a school teacher, could not attend.

“I have seen her and her staff go after specific property owners when they have become frustrated with them,” Konkol said. “Instead of remaining professional, they chose to let frustrations get the best of them.”

Commissioners discussed the importance of reaching out and encouraging citizens to apply for board vacancies. Developer Ray Brown told commissioners that having board members with different backgrounds and opinions was important and he felt the lack of applicants was a direct reflection on the city administration.

Commissioner Al Goldstein said he believes commissioners should be more involved in citizen board appointments.

Deputy Mayor Robin Gibson said he has had good experiences with magistrates and would support the change as long as the city gets to select the person. Goldstein indicated he would support using magistrates for some cases, but favored keeping the citizen board for the more routine actions. Bangley said magistrates typically cost about $170 per hour, and what it would cost the city overall would depend upon how many quasi-judicial cases they might encounter in a year.

Bangley said she would bring back a revised recommendation to the Jan. 21 commission meeting. She also will bring back a separate item regarding advisory boards for the city's Community Redevelopment Agency. Her original recommendation was to eliminate the current advisory board, which only met once last year, and replace it with an advisory group for each of the three CRA zones. She suggested the Lake Wales Main Street board could advise commissioners on issues related to CRA-1 downtown, while the newly formed Lincoln Community Development Corp. could serve as advisers for CRA-3, the northwest section. A board for CRA-2, most of the rest of the city, could be appointed in the future. Commissioner Howell said she would prefer one board with representatives of the various groups rather than separate groups, which she said has shortchanged the northwest section in the past.

EDITOR'S NOTE: Lakewalesnews.net by phone and email attempted to contact Kathy Bangley to determine why and with what authority she rejected Carter's application without following the mayor's interview procedure. Fields did not respond to emailed questions about whether he approved of Bangley's actions and what steps he would take to ensure city staff followed the mayor's procedure for future applicants. Fultz did not respond to telephone message and emails. This story will be updated if these public officials respond.