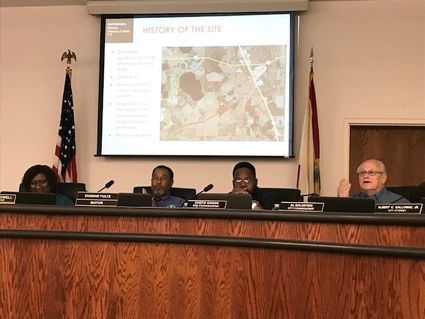 The largest single development project in Lake Wales history has taken the first small step to becoming a reality.

Winter Haven Corporation has revealed plans to develop 1,800 acres of vacant land south of Thompson Nursery Road. The company hopes to master plan all 1,800 acres at once, company officials said. About 600 acres of the property would remain undeveloped, officials added.

As such, city commissioners approved a first-reading Feb. 18 of an ordinance that would allow a new land use designation for the property, called "mixed use." In order for that to happen, state officials will have to give their approval to the change.

The land was purchased almost six decades ago, and annexed into the city in 1995, but never was given an official zoning. It extends from Thompson Nursery Road behind Aldi's along U.S. 27 to just north of the Vanguard School.

The new "mixed use" classification could be used going forward on other development proposals in the city that included a minimum of at least 500 acres.

A second reading of the ordinance, and possible adoption, will come later after officials at the Florida Department of Economic Opportunity take a look at the proposal. The state must approve any amendment to the city's current comprehensive plan for a project of this size.

"Your comp clan does not anticipate a project of this size. Most of the parcels within Lake Wales are smaller parcels, much smaller, and are used for single use type things. They're used for residential, they're commercial, they're office," said Diane Chadwick, of Stantec, an international community planning and design firm that employs almost 700 workers in their Tampa location. "We're anticipating that with 1,800 acres, we would be able to have a mix of those uses so it's best to have it as a cohesive project."

"This is a lengthy process. This is not going to be happening overnight in terms of expecting change out there. It's going to be a long time in coming just to get through the planning process." said Winter Haven Corporation attorney Jack Brandon. "I think it's going to take a year to a year and a half to secure the required approvals."

Chadwick said plans could ultimately include public amenities like schools, churches, libraries and parks as well.

Both company officials and city representatives were in agreement that planning the entire project at once made the most sense.

"The alternative would be to parcel this out into individual parcels and let each applicant to come in and ask for a land use classification that would be suitable. We think the better plan is to master plan and then it can be marketed as a master planned community," Brandon added. "And the idea is to work hand in glove, if you will, in partnership with the City of Lake Wales to produce a plan that will not only benefit the city, but also enhance the overall marketing of the property."

Assistant City Manager for Planning and Economic Development Kathy Bangley said the city's planning board heard the presentation in January and was unanimous in recommending approval to move forward.

"If you do 300 acres at a time, that's only 900 houses, or that's only this. The impacts don't appear the same," Bangley said. "That's why the unified, mixed use development is so much more desirable for something this size because it takes into account all of the impacts at the front end."

While there was no opposition registered during a public hearing, citizens will get plenty of opportunity moving forward to ask questions and provide input.

"There's at least four or five more public hearings that will be required to move this project forward over the next year or so. You'll see these people a lot over that period of time," City Manager Ken Fields said.

Commissioners were understandably excited by the proposal.

"This will be the biggest piece of business we have had as commissioners since we've been sitting here. This also will be the biggest expansion of this city that we have seen since I've lived here and that's been 18 years," said Mayor Eugene Fultz. "This is one of the best things that could happen to Lake Wales now. And knowing some of the people that are involved, it's going to be a quality plan as it comes out."

"These people have the reputation we can work with, and believe what they're doing and saying," added Commissioner Al Goldstein. 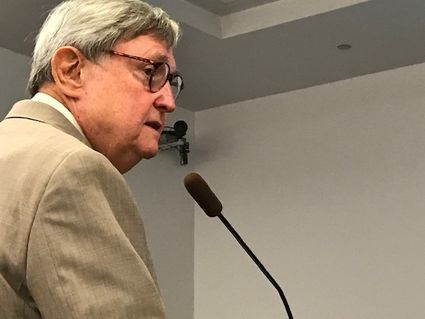 The Winter Haven Corporation was originally formed by three local families, and today has fourth-generation family members that now are part of the mix, with about 30 total stockholders, according to President Philip Angell.

"We're not developers. And we don't want to be. To us, that means any effort to market a property of this size must be done in complete cooperation with the city," Angell said. "This property will need a plan that will work for the city and meet its present and future needs, and I think we've put together a pretty good team to do that.

"We are still a small, family owned corporation," he added. "And we are committed to the principle that any action we take has to reflect both the best interests of the City of Lake Wales, and the Winter Have Corporation. If it doesn't do that, then nobody wins."