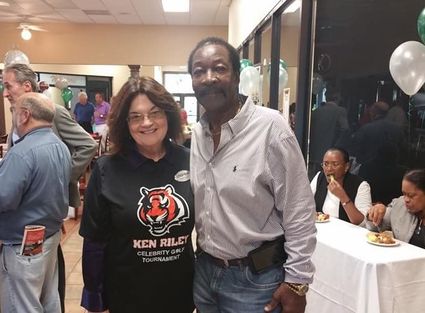 Shock, stunned disbelief blanketed Bartow last Sunday, June 7, as the community learned Ken Riley, 72, died suddenly from a massive heart attack. Heartbroken tributes posted on Facebook paying tribute to the NFL all-star demonstrated how beloved and well-respected he was, and showing the fragility of life.

"He was at the Solemn Assembly yesterday and seemed fine," wrote Richard Dreyer on his Facebook page, as Riley was among the more than 100 people gathered. "Yes, a great person and leader we've lost."

Dreyer, a member of the Community Relations Committee (CRC), was referring to the gathering held the day before, Saturday, June 6, in which leaders from the city, the churches and businesses gathered together with Bartow citizens to pray and both individually as well collectively determine to bring about healing and working toward the eradication of racism.

"I had the privilege of standing with Ken," said Clifton Lewis, President of the L.B. Brown House Museum, as well as member of the Community Redevelopment Agency (CRA). The two of them discussed ways of going forward from Saturday's Solemn Assembly, he said. "Ken was a pillar in the community. A very wise man who's going to be missed."

Carver Young, another person whose love for Bartow is known, admired and respected, recalled Riley in more intimate terms.

"Ken, he was an awesome man. He was like a big brother to me," said Young. "He was always smiling, always."

Like everyone else, Young said he was devastated by Riley's untimely death. He had just emerged from church service when he learned.

"Soon as I heard the news, I started praying," said Young. Like everyone, Young spoke in glowing terms of Riley's involvement in Bartow, going on to say that Riley made an impact of the community. He added one further thought. "He was such a humble man."

Viewing will be from 5-7 p.m. Friday, June 12 at Gause Funeral Home in Bartow. The funeral service will be at 11 a.m. Saturday, June 13 at the RP Funding Center, 701 West Lime Street, Lakeland. In lieu of flowers, the family requests that you send your donations to the Ken Riley Foundation, P. O. Box 2164, Bartow, FL 33831.

Ken Riley played his entire NFL career with the Cincinnati Bengals, starting in 1969 (when the Bengals were in the American Football League; a year later the AFL merged with the NFL) through 1983. At the time of his retirement, he recorded 65 interceptions, at the time the fourth highest in NFL history. Despite his record, he was never selected for entry into the NFL Hall of Fame.

He attended Union Academy, now a middle school, when it served as Bartow's high school during the era of segregation. He then went on to Florida A&M University and was the team's quarterback; he was enshrined in the school's Athletic Hall of Fame. He also was a Rhodes Scholar candidate, having excelled scholastically.

Upon being drafted by the Cincinnati Bengals, he was converted to cornerback. In his first season he had four interceptions that he returned 66 yards. He also recovered two fumbles, as well as gained 334 yards on kickoff returns. He also caught two passes on offense.

Following retirement, he served as an assistant coach with the Green Bay Packers. In 1986 he became head coach at FAMU. He served in that position until 1993. His record as 48-39-2. He led the Rattlers to two Mid-Eastern Athletic conference titles, and was twice named MEAC coach of the year. In 1994 to 2003, he was FAMU's athletic director.

Riley was a member of Alpha Phi Alpha fraternity. In 2007, he was named to the Florida High School Association All-Century Team, which selected the top 33 players in the 100-year history of high school football in Florida's history. (source: Wikipedia)

After retiring from FAMU, Riley returned to Bartow and involved himself in many aspects of the city. Among his involvement included being on the board of the Bartow Economic Development Council (BEDC); Eastside Positive Action Committee (EPAC); the CRC; and the Youth and Parent Summit.

His passion, however, said Virginia Condello, the marketing director of The Greater Bartow Chamber of Commerce, was youth education.

"Anything that had to do with children, he was smack in the middle of it," said Condello.

One of the events Riley was extensively involved with was the Youth and Parent Summit. Every April the Youth and Parent Summit would be held at the Carver Rec Center. It focused (and focuses) on youth ages 5-19, and parents, and it would involve many facets of the Bartow community, from the police department to professions to schools such as Polk State College, the Traviss Center and Ridge Technical, to name but a few. 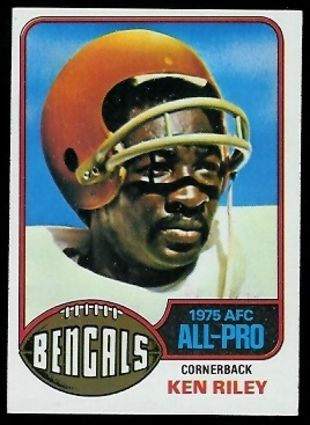 According to Joyce Thurman, a family friend, as well as secretary of the Ken Riley Foundation, the summit had a number of aspects. There were fun events and food, as well as being a jobs/career expo. Of the latter, there would be breakout sessions in which both male and female attendees could learn even further about potential career possibilities. The event always had a keynote speaker.

The foundation each year it holds a golf tournament (which was canceled this year due to the COVID-19 pandemic) and the proceeds went/go toward scholarship and financial assistance to both individuals and organizations. To date, said Thurman, beneficiaries have included but not limited to Riley's alma maters: the Union Academy Alumni Association, Inc., and FAMU. Also recipients of the foundation's largess have been Gause Academy, Traviss Center, and Ridge Technical.

As has everyone who has spoken about Riley, Thurman was also heartbroken yet effusive recounting Riley.

"He exemplified a gentleman, a Christian, a family man, a man of the community," said Thurman. "He had a heart for everyone."