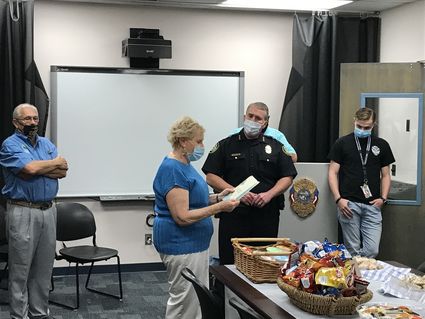 A group of Lake Wales police officers were treated to a free tasty lunch and desserts on Friday by a group of homeowners from Lake Ashton, who wanted to show their appreciation for the peace-keeping efforts of the department.

"The Loop" is a five-block neighborhood of the sprawling development on the north side of Lake Wales, and home of a casual organization that organizes community events three times a month.

Calling itself the Looplanders, the neighborhood group has been running for nine years. Members said they wanted to show appreciation for the police since they put themselves at risk every day to keep Lake Wales safe. 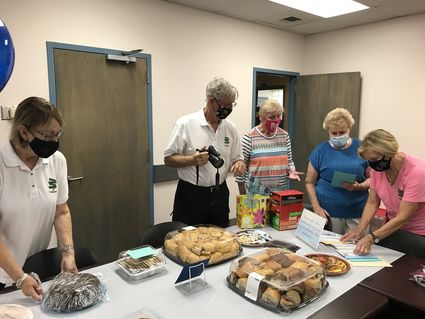 City Commissioner Al Goldstein, who lives in "The Loop, told LakeWalesNews.net that "We see the police are up against some really hard times," and the community wanted to thank them and show their support. "We're not defending anyone who did anything wrong," he added.

Lake Wales Police Chief Chris Velasquez welcomed the group, who were met by a cadre of hungry officers and one very obedient K-9 named Radar.

The casual buffet of sandwiches and home-baked treats was set up at the police headquarters by group members led by Linda Rosendall and accompanied by more than a dozen thank-you cards and notes written by homeowners. "She's the Queen," said a group member of Rosendall. "She has resigned every other month."

"The neighborhood is my heart," Rosendall explained.