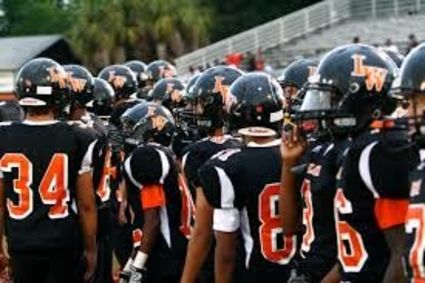 Sports at Lake Wales High School are on the shelf for the time being as the result of a vote Tuesday, Aug. 4 by the charter system's Board of Trustees.

The group unanimously voted to immediately suspend all athletic activity during a specially called board session to discuss the system's reopening plan, which originally called for following recommendation of the Florida High School Athletic Association.

The meeting was electronically attended by almost 200 school officials, staff and community members. No practices, including conditioning, will be allowed until voted on again by the seven-person board, which operates independently of the Polk County School District.

"There is no better way to spread (the virus) than athletics," Hall said. He called the move "absolutely essential. My son is an exercise physiologist and he will tell you the worse place going for the spread of the disease are places where there's lifting, and exercises and workouts together. If we're concerned about the disease spreading, we must suspend athletics today, immediately."

Conditioning activities for several fall teams, including football, had already begun, according to Dunson.

"I get that this community wants football, I do. But I agree with Dr. Hall. It's just taking a risk," Dunson said. "If Major League Baseball, with all of their testing, all of their money, and they can't do it, I'm in favor of that."

Athletic activity won't start up again until a positive vote comes from the trustees.