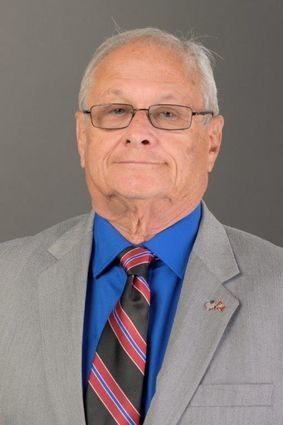 Lake Wales City Commissioner Al Goldstein has been tapped to chair the Florida League of Cities Land Use and Economic Development Committee.

Ortiz said Goldstein will be responsible for working with other committee members to discuss the many issues facing cities that will come before the Florida Legislature during its 2021 session. Goldstein also will be helping the FLC decide its policy direction for its legislative efforts.

"It's going to be more work, but I think it will definitely help me in serving Lake Wales," Goldstein said.

Goldstein will be installed at the Sept. 18 FLC Legislative Policy Committee Meeting, which will be held virtually. The committee is hoping to hold its October and November meetings in person in Kissimmee.

Goldstein said the committee includes 40 members, who represent the interests of Florida's 440 cities.

"It's a feeling of accomplishment that I really want and I think by doing that I'm helping my city, county and state," said Goldstein, who was elected without opposition to the city commission in April 2019.

In his appointment letter to Goldstein, Ortiz said based upon past legislative sessions, the FLC committees "certainly have a great deal of work ahead."

"The ultimate success of these efforts is proportional to the level of involvement of the membership in presenting and lobbying the League's priorities to the Legislature," Ortiz wrote.

Goldstein said he met Ortiz as part of the FAST team when they visited Washington, DC and talking to congress members about issues facing local government. While Goldstein is an active Republican, he said he met with several Democratic congressmen from Florida, including Rep. Darren Soto and Rep. Charlie Crist.

"We don't make it political. We try to work with these people," Goldstein said.