Pays Tribute to Those Lost in Sept. 11, 2001 Terrorist Attack 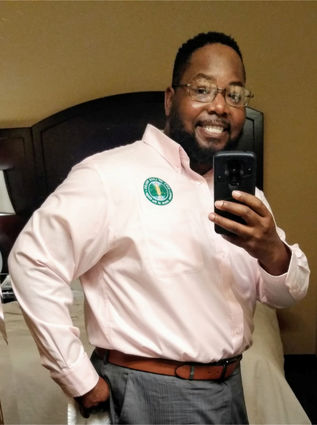 Marking the occasion of his 36th birthday, Lake Wales City Commissioner Curtis Gibson on Sept. 11 announced the start of his re-election campaign.

Gibson plans to qualify for the April 2021 ballot, seeking a 3-year term to continue his service as the District 19, Seat 2 commissioner. Before announcing his candidacy in a live online video, Gibson paid tribute to those killed or impacted by the Sept. 11, 2001 terrorist attack, reading out details of the historic day's events.

"No matter what we go through in life, we Americans will have each others' backs. We have faced many situations, including the current pandemic. The fear of COVID-19 has impacted the minds and lives of many and hurt our economy. We mourn for those who have lost their lives," Gibson said. "I am here to tell you we will get through this, but we need to work together instead of fighting against each other."

An insurance claims adjuster with Geico, Gibson was first elected in 2017 and re-elected in 2019 with just under 64 percent of the vote.

Gibson said as a commissioner he has fought for many things such as expanding recreation opportunities, extending the airport runway, beefing up city reserve funds, selling of Longleaf Business Park, paving roads, collecting debt that's owed to the city, adopting the Dover Kohl "Lake Wales Connected" downtown redevelopment plan, approving balanced budgets that reduced the tax rate four of the last five years, and opposing an increase in fire fees.

"I love my city so much, and my support has grown, because the people know I will stand up and not be pushed around," Gibson said. "I do my homework and serve as a watchdog over city finances. I keep things straight, very transparent, and make sure people are treated fairly."

As a member of the Florida League of Cities, Gibson sits on the Community Economic Development committee and as Regional Coordinator/Membership Director – South for the Florida Black Caucus of Local Elected Officials.

Locally he is a board member for Circle of Friends, a charter member of Rotary on the Ridge and a member of the NAACP and Martin Luther King Day Committee.

Gibson committed to continuing to put in the work necessary to fulfill his duties as a city commissioner: "Lake Wales is a beautiful city, and the atmosphere is friendly. Yes, we have a lot of work to do. Yes, we are not perfect. Yes, we have things we need to work on, but I am committed to get the job done."

EDITOR'S NOTE/DISCLOSURE: Chevon Baccus served as campaign manager for Gibson in 2017 and her husband, Michael Baccus, is currently his campaign treasurer. They have been close friends since 2016 and are all three charter members of Rotary on the Ridge.