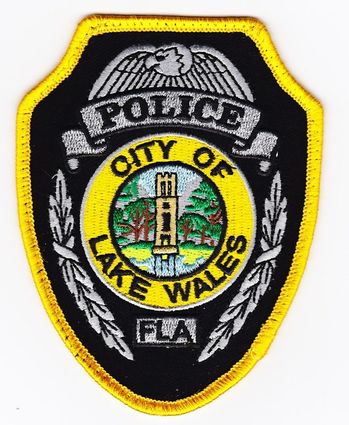 The Lake Wales City Commission re-established the committee in August with the following purposes:

- Providing a forum for citizens and the police department to openly and respectfully discuss issues of concern with the hope that concerns can be positively resolved.

- Providing a forum for citizens and the police department to engage in a dialogue that will be positive and productive and that will continue to foster a climate of trust and mutual respect.

"We want to make sure our committee members know we're here for the community," Oguntola said. "We'll make sure their voices are heard."

- Dwight Wilson, appointed by Deputy Mayor Robin Gibson. Wilson is a consultant to nonprofits, foundations and municipalities with more than 20 years of government experience. He has been an adjunct faculty member for Polk State and Eckerd College and has a master's degree in public administration. He currently serves on the city's Code Enforcement Board.

- Narvell Peterson, nominated by Commissioner Terrye Howell. Retired from the Polk County Sheriff's Office, Peterson has in the past served on the city's Code Enforcement and Planning and Zoning boards. He also has served as president of the Dr. Martin Luther King Committee and the B Street Community Center.

- Jim "Mo" Moyer, appointed by Commissioner Al Goldstein. Moyer is retired and a past chairman of the Lake Ashton Homeowner Association board. He has been active with organizations related to military POWs and MIAs and with the U.S.O. of Central Florida.

- Tiffany Davis, appointed by Commissioner Curtis Gibson. Retired from the U.S. Army and preparing to open the Wales Pointe restaurant downtown, Davis is a member of Rotary on the Ridge, Lake Wales Heritage and the Lincoln Community Development Corp. Education Committee.