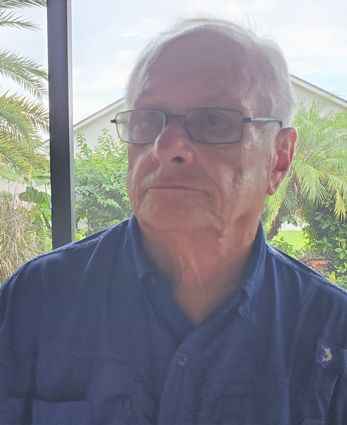 Al Goldstein didn't realize being a Lake Wales city commissioner would be so time-consuming, but he's eager to sign up for another three years.

He was elected without opposition in April 2019 after incumbent Commissioner Tonya Stewart failed to qualify to run for re-election. He has already started campaigning for the District 27, Seat 4 that will be filled in the April 2021 municipal election.

"I'm finally understanding the job of a city commissioner," Goldstein said. "Either you're dedicated to the job, as some of us are now, or you just go in and show up."

When Goldstein took office the commission was meeting twice per month. The adoption of the Dover-Kohl Lake Wales Connected downtown redevelopment plan caused the commission to add a separate Community Redevelopment Agency meeting once per month. And Interim City Manager James Slaton now schedules an agenda workshop the week before every regular commission meeting to ensure commissioners can fully discuss and understand upcoming issues and offer clear direction in advance.

"Accountability – that should be our motto right now," Goldstein said. "We have a mission statement coming out, but I think we should use the word accountability. I jumped all over that word.

"Accountability. That's us. That's what we stand for."

Since commissioners are not allowed to discuss city business with each other outside of official meetings, Goldstein said the workshops have been eye opening and have promoted better decision making and open communications.

"We don't always agree – when we get into conversations and get down deep in problems we are able to see things we weren't able to see before," said Goldstein, who strongly opposed the city's mask mandate that was approved by a 3-2 vote. "Even if they get upset with one another, that's fine, we just work things out."

Goldstein stops by city hall several times a week and meets with Interim City Manager James Slaton and some of his key staff to better understand city operations.

He said one of the commission's most important tasks will be selecting a new city manager, sometime after the new fiscal year begins Oct. 1.

"We want to see who else is out there, but my support right now is to our interim manager," Goldstein said. "I think he's showing leadership and working well. What he's accomplished in a few months we haven't done in a few years."

Goldstein said he is pleased with the city's progress during his first 16 months in the job, including road paving, park improvements, purchasing the YMCA, sale of the historic 1919 building to the Lake Wales Charter Schools and work on better police community relations.

"I really want to be proud of my city. We're on the right track now," Goldstein said. "We have a good board that understands each other."

Goldstein said he has learned a lot this year serving on the Florida League of Cities Federal Action Strike Team and was pleased to recently be named chairman of the league's legislative committee on land use and economic development.

"I wish I was 50 years old right now – now that I see how political action works it gives me incentive to work harder," said Goldstein, who just turned 79. "There are programs I didn't even know were available to our city - dollar savings programs. I don't want to be behind other cities in the county or in the state."

Growing business, jobs, affordable and executive housing are all important to Goldstein, who says he is upset about the deteriorating condition of the Eagle Ridge Mall, and because "the mall is a disgrace, I'm glad we don't have a sign 'Welcome to Lake Wales' at the north end of our city."

He expresses concerns that corporations have chosen to bypass Lake Wales for nearby communities, like Frostproof. He also wants more accountability for the funds the city pays the Lake Wales Area Chamber of Commerce and Economic Development Committee and Lake Wales Main Street to attract business.

"I'm not only challenging the Chamber of Commerce, but I'm challenging us on the commission," Goldstein said. "We shouldn't take criticism personally – we have to think of criticism as building blocks."

Goldstein frequently speaks about his commitment to the city's northwest community and wants the city to develop a Black music and cultural center to help minority children have pride in their heritage. But he often reminds commissioners that they must consider needs throughout the city.

"We're going to be a great city – I think we have some great years ahead of us," he said.

Goldstein and his wife of 31 years, Shirley, moved to Lake Ashton six years ago, returning to his home state. His family traces its Florida roots back to 1845, and Goldstein grew up in Hollywood in South Florida. He served as a U.S. Marine, worked in government and contract services and owned his own business prior to retiring in 1995.

"I've had my years of playing golf," Goldstein said. "I fished as a kid. Maybe if I'm alive and well by the time my time is over with the city I can go back to doing some fishing."

But for now Goldstein is focused on the remainder of this term and the possibility of serving his adopted city into his 80s.