Jackson May Be Paid Through Feb. 26, but Relieved of Duties 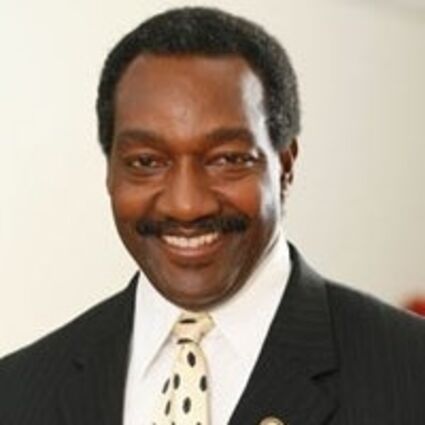 The Lake Wales Charter Schools Board of Trustees will consider an agreement Feb. 1 for Superintendent Jesse Jackson to exit Feb. 26 with about $59,000 owed him for accrued vacation and sick leave benefits.

The agreement expresses gratitude to Jackson and acknowledges the system's accomplishments during his 13 years as superintendent.

In addition to the separation agreement, the trustees agenda includes an apology letter from board Chair Andy Oguntola.

"First, I would like to acknowledge your amazing 13-year legacy for the Lake Wales Charter System. Under your leadership this system was able to receive LEA status, increase high school graduation rates over 94 percent, and grow to 7 schools with over 5,000 students," said the apology letter, which Oguntola said was not from him personally, but requested by Jackson. "During the seventeen-year history of this Board, we have always maintained high standards, collaboration, unity, and kept the children of the City at the forefront."

The letter apologized for events at the last Trustee meeting he said were "inconsistent with the respectful decorum" normally maintained when conducting business. Oguntola said all of the trustees would be asked Monday to sign onto the letter. About two dozen people spoke at the contentious Jan. 25 meeting, all but one criticizing Jackson's decision to replace Hillcrest Elementary Principal Jennifer Barrow. More than 300 people attended the meeting via the ZOOM online platform, and about a dozen Barrow supporters held protest signs at the entrance to the trustee meeting at the high school.

The apology letter reinforces that personnel decisions are within the purview of the superintendent.

"As the Superintendent and per the Lake Wales Charter Bylaws, you were acting within your authority to select the best person to provide interim leadership for the school, to do, as you are known to say, 'make the magic happen for our students.' Personnel decisions are part of the daily operations of our system and within your responsibility as Superintendent," said the letter, which if the board approves would be signed by Oguntola as board chair.

The separation agreement included comments from Jackson that he considers it a privilege to have worked "with these incredible educators is deeply appreciated and has forever changed my life. To my colleagues I want to say thank you for your wisdom, steadfastness, and your commitment to excellence. Though our work is far from done, we have made tremendous strides towards making Lake Wales schools a haven of academic success for all students."

The trustee meeting will begin at 9 a.m. in the high school library. Space is limited due to social distancing. Public comments, limited to two minutes each, will be entertained, but only after the trustees vote on the separation agreement.

People may join and participate online by using the ZOOM lhttps://us02web.zoom.us/j/85990247439?pwd=bmtCRnpRWGtQT0EzOHRpaTYvVDBvZz09