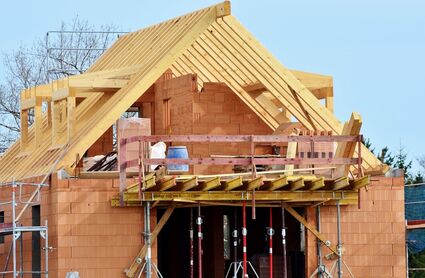 The Lake Wales Community Redevelopment Agency has approved spending $10,000 to purchase two vacant lots on B Street to help jump start a new affordable housing initiative in that area.

The city is expected to partner with Keystone Challenge Fund, a non-profit organization, to build two houses on lots currently owned by the Green and Gold Foundation across the street from the B Street Center.

Officials said the homes would have an estimated value of $170,000, with mortgage payments estimated at $878 a month, according to Jeff Bagwell, Keystone's Executive Director.

"If you've looked at rents, what they cost, very few people can even find a decent rental for $878, especially in the market we are in today," Bagwell said. "This program truly changes peoples lives, and there's a ripple effect."

Income guidelines would, for example, limit eligibility for the program to a family of four with an income of no more than $47,000. Bagwell said that a family of four would actually need a minimum income of around $32,000 to afford mortgage payments.

The houses will be a collaborative effort of the city, Keystone, Polk County and CenterState Bank.

That $30,000 has already been awarded to the city in the form of a community reinvestment grant from CenterState.

Bagwell said he is hopeful the initial two houses will lead to more construction there, working in conjunction with Tamara West, Polk County's manager of Housing and Neighborhood Development.

"The partnership we have with Polk County is very strong. She's committed to this," Bagwell added. "And she told me a couple of weeks ago that if we come in and are able to get these two, she'll provide funding for two more. So hopefully we'll get four."

Bagwell also expressed interest in working with the CRA on beautification projects for additional houses along B Street.

"We have some grand ideas there. We think if we do this right we can take the entire block and really turn it around. We're very excited about coming to Lake Wales," he noted. "That's the key, we get this thing started for you, and help you put together a program that will bring the private sector in. Lakeland just sold 60 lots to local small builders, and it's because we and other groups have gone into the Lakeland area."

CRA officials said the board would earn about $10,000 in tax increment funding over a three year period which would cover the purchase price on the empty lots. Increased tax revenues generated by new growth in CRA designated areas, like B Street, go back to the CRA to be used towards future development or redevelopment projects.

Families picked for the housing will also have to go through class work provided by Keystone to cover such topics as credit, budgeting and how to apply for a mortgage.

"When we sell a home to a family, they are prepared, no doubt about it," Bagwell said.

CRA Chairman and Deputy Mayor Robin Gibson reflected the positive response from city commissioners, which doubles as the CRA board.

"There is so much momentum going. All of this fits together, and I feel good about the kinds of things you're talking about," he noted.

Notably, the lower income plan dovetails nicely with some of the action steps and goals included in the "Lake Wales Connected" redevelopment plan for the city's historic downtown and northwest neighborhood.

housing in the northwest neighborhood, identifying properties owned by CRA or the city and explore joint ventures for new housing, providing first-time home buyer counseling and education and providing down payment assistance and low-interest mortgages for infill housing

"I'm excited to see this partnership go forward. This is something we have been talking about for a while and this is an avenue that's going to get us there," Mayor Eugene Fultz added.

Keystone Challenge Fund is a non-profit organization established in 1991 in Lakeland, Florida. For almost 30 years, Keystone has maximized the availability of affordable housing for low and moderate income home buyers to connect families with home ownership, according to company officials.

Through construction, rehabilitation and down payment assistance, Keystone has participated in over $640 million in residential real estate development. As a result, nearly 4,400 families have become homeowners. Keystone is committed to serving the community by improving lives through home ownership. Among the families who received assistance, more than 1,200 were single parents, officials added.