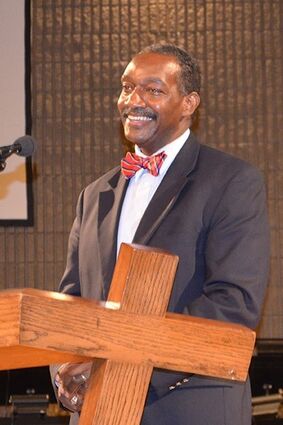 EDITOR'S NOTE: Update for this story can be found here: https://www.lakewalesnews.net/story/2021/01/27/news/charter-trustees-to-act-feb-1-on-superintendents-exit-end-of-month/2075.html

The Lake Wales Charter Schools Board of Trustees will consider a separation agreement with Superintendent Jesse Jackson at a special meeting at 9 a.m. Monday, Feb. 1 at the high school.

Trustees late Saturday afternoon were still awaiting details and costs, which reportedly were being worked on by legal counsel Robin Gibson. LakeWalesNews.net submitted a public records request for the backup documents - even a draft if not in final form - but that request hadn't been answered as of 4 p.m. Saturday.

At the end of a contentious meeting last Monday where more than two dozen people blasted Jackson for replacing Hillcrest Elementary Principal Jennifer Barrow, Trustees agreed to suspend Jackson with pay for a week, pending the special meeting to determine his future. Jackson already had submitted his resignation, effective Feb. 26, but trustees indicated they might want to move up that timeline. Jackson has been superintendent for 13 years.

Gibson had recommended not taking action on Jackson's resignation since it wasn't on the official agenda. He also said trustees needed to know costs and terms of the separation to make an informed decision.

Members of the public may speak for up to two minutes. Space in the high school library is limited, but an online ZOOM option is available. The ZOOM link is https://us02web.zoom.us/j/85990247439?pwd=bmtCRnpRWGtQT0EzOHRpaTYvVDBvZz09

More information will be posted when it becomes available.