Jackson to Leave with About $59,000 for Unused Sick and Vacation Days 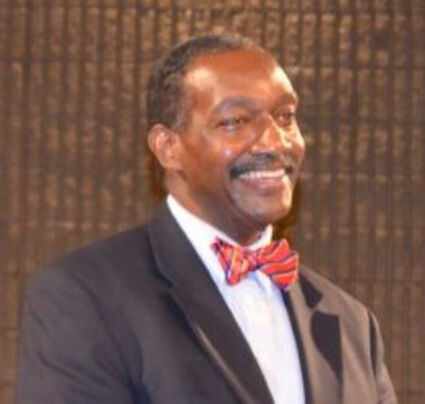 Six of the eight trustees, including the non-voting teacher representative Jennifer Simpson, also signed a letter of apology requested by Jackson as part of the agreement. Trustees Danny Gill and Becky Gaston chose not to sign the letter.

The trustees approved allowing Jackson to take a payout of about $59,000 for his unused sick and vacation pay – waiving the cap that applies to other employees. Charter school personnel policies allow employees with 10 or more years' service to be paid for up to 30 sick leave days at 50 percent of their current pay. Unused vacation days are paid at 100 percent of the current rate, but the payout is capped at 320 hours.

Trustees were not informed of the additional cost for waiving the caps, but charter schools general counsel Robin Gibson said the extra payout was reasonable since Jackson did not request any severance and was actually being paid for days he earned and didn't take. Charter schools Chief Financial Officer Alricky Smith said Jackson would have been entitled to about $31,478 if the payoff caps hadn't been waived – making Jackson's extra settlement pay about $27,522.

The agreement relieves Jackson of his duties as superintendent, but pays his full salary until Feb. 26. Chief Financial Officer Alricky Smith will serve as interim superintendent until a new superintendent is selected. A committee has been formed to handle the search and selection process.

Jackson thanked the trustees, school leaders, teachers and school staff for the opportunity to serve "for the benefit of children in this community" and for "allowing me to be a man of faith serving this community." He said he would be in and out of town while making the transition.

"The experience in Lake Wales has actually been a blessing to me and my family," Jackson said. "I've grown. I've learned. I've benefited from the experience."

Jackson's wife Sandra came from Tallahassee to attend the meeting. She expressed disappointment in the contentious meeting a week ago when Gill and Gaston, along with former Trustees Jimmy Nelson and Pat Cain, called for Jackson's termination after about two dozen people questioned his decision to replace Hillcrest Elementary Principal Jennifer Barrow. That meeting was the main focus of the trustees apology letter, along with acknowledgment that Jackson was acting within his authority to make personnel moves.

"I just want to say I have been blessed to be a part with my husband in this work," Sandra Jackson said. "I don't think you could have had a more faithful person of more integrity to run this system. He has always set an example for students, for teachers and for leaders in this district."

Trustee Chair Andy Oguntola and several others thanked Jackson for his service.

"First, I would like to acknowledge your amazing 13-year legacy for the Lake Wales Charter System. Under your leadership this system was able to receive LEA status, increase high school graduation rates over 94 percent, and grow to 7 schools with over 5,000 students," said the apology letter. "During the seventeen-year history of this Board, we have always maintained high standards, collaboration, unity, and kept the children of the City at the forefront."