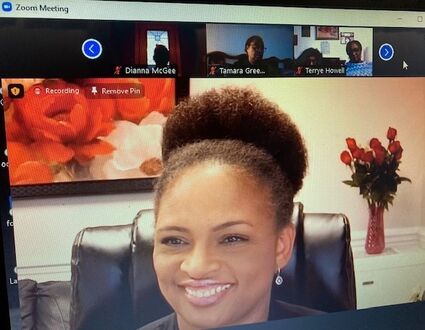 Because of her parents' race, being born at Lake Wales Hospital in 1966 wasn't an option for Dr. Carolyn Pass. Now she's the local hospital's chief of staff.

The family practice physician with Optum Care rose through the leadership ranks of Advent Health Lake Wales, formerly Lake Wales Hospital, where she has been on staff for the last 20 years.

Pass was one of nine Central Florida community leaders, four from Polk County, honored Feb. 18 by U.S. Rep. Darren Soto, who read their biographies into the official Congressional Record.

The online recognition event, part of Black History Month, was conducted via the online ZOOM platform so friends and family of the honorees could participate.

Pass said she was pleased that her 95-year-old grandmother, retired Lake Wales schoolteacher Gladys Howell, was online along with her children, mother, aunts and other family and friends.

"My entire family has always stood behind me and they are my number one blessing," Pass said, giving a special mention of her children, Alexandra, Nicholas and Christian. "I cannot say how much my children have helped me. You think you are helping them, but they are helping you more."

Pass said she was honored and humbled by the recognition, which she said provided an "opportunity to showcase the Lake Wales community so people can see what we are made of."

"As this is Black History Month I am humbled that I am chief of staff at the same hospital where in 1966 I couldn't be born because of my parents' race," Pass said, "That is amazing to me. It shows that God is kind and merciful and that He is in charge no matter what happens."

Soto said Pass is a leader in "heath justice," helping to ensure better care for minorities. He noted that he is one of two men in the Black Maternal Health Caucus, and he is working to increase the number of black doctors.

"We are all looking to combat this pandemic, but we are also not taking our eyes off of the inequitable status that African Americans and other minorities have looked at and have seen over and over in health care," Pass said. "I am very saddened by my patients who don't want to get the vaccine because of the previous atrocities that have occurred or been placed on the Black community, so those are the shames that we have to somehow find our way over and through, but God will help us all."

Included here is the entire biography of Dr. Carolyn Pass, which Soto read into the Congressional Record:

Her leadership spans more than 35 years beginning with serving as the president of the Minority Pre-Professional Association at UF. As a medical student, she was a student health policy mentee in the late Senator Edward M. Kennedy’s office. Also, she served as president and regional council member of the Student National Medical Association. In her senior year she was awarded the highest honor bestowed at the University of Miami by being inducted into Iron Arrow Honor Society. 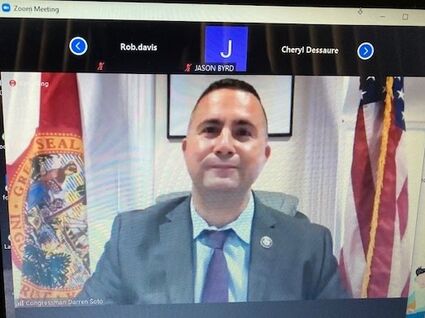 Dr. Pass’ dedication to community began in 2001 when she opened her primary care practice in Lake Wales. Before going into solo practice, she suffered from congestive heart failure and recuperated at home for 18 months after giving birth to her third child.

Her dedication to providing quality care to her patients continued to flourish as she rose through the ranks of leadership at Advent Health Lake Wales. While on staff for the past 20 years, she’s served on every committee and has been elected three times as chairman of medicine. Currently, she is serving as the first Black female chief of staff.

Her passions are her three lovely children. Alexandra is a graduate student, and Nicholas and Christian are in college.”