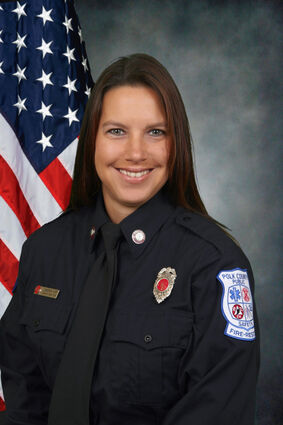 The promotion of two long-time Polk County Fire Rescue veterans to deputy chief also brings a first for the division – it's first woman to hold the rank of deputy chief.

Jennifer Huff and Eugene Gorokhov were promoted to deputy chief this week by Fire Chief Robert Weech. They will serve in the Planning and Training Division respectively.

"Deputy Chief Huff's promotion is a huge milestone for Polk County Fire Rescue," Weech said. "In a profession dominated by men, Huff has stood out, broken her own ground and deserves this position – not because of her gender, but by her skill."