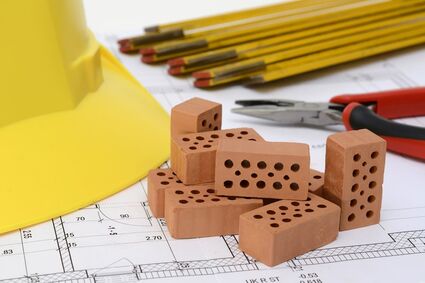 The largest proposed development in Lake Wales history has taken another step forward.

City Commissioners have approved a new zoning designation for over 1,800 acres of vacant land south of Thompson Nursery road and west of U.S. Highway 27 at the request of the Winter Haven Corporation, which has owned the property for decades.

The property will now be zoned as Planned Development Mixed Use. Previously, there was no zoning classification on the land.

Of the more than 1,800 acres, 796 acres will be set aside as green space, according to city officials, more than double than what is required under the new designation. The open space consists of wetlands, natural areas, perimeter buffers, common open space, linear parks, amenity centers and recreational areas.

"The owners are committed to the execution of a high-quality, large-scale development that respects the history and character of Lake Wales," noted Lake Wales Development Services Director Mark J. Bennett.

Deputy Mayor Robin Gibson said one of his concerns was the project didn't directly contribute to the idea of simply more urban sprawl. Bennett said there were a couple of reasons that the project did not.

"There are existing water and sewer lines along U.S. 27 that were put in place when the mall was built, so that's an example of utilizing existing public services and utilities," he said. " Secondly, the project is of mixed use. One of the criteria for determining whether or not a project comprises urban sprawl is whether or not there is a mixture of uses."

He said not only the different kinds and designs of house that are proposed, but the planned commercial and office space component of the plan were important features

In essence, Bennett said, it would become in many ways a self-contained community.

"A person I think could live here and not leave the development," he said. "They can go shopping in the commercial, if they have to see a lawyer they could go to the office component. To summarize, I do believe this is not urban sprawl."

Gibson said allowing the project to have so many different components to it was helpful.

"One of the most important things is mixed use and keeping cars off the highway. It sounds like there's been a lot of consideration for that. That's big," Gibson said.

City officials have also indicated they favor the idea that the plan to develop the property in its entirety is done up front, to avoid a piecemeal development later on.

"Utilizing master planned development encourages the preservation of open space and protection of environmentally sensitive areas, by clustering development activities. This form of development also prioritizes pedestrian and vehicular connectivity, promoting the creation of pedestrian connectivity throughout the entire site," Bennett noted in a memorandum to city leaders. "Trail systems become an important community asset that creates recreational opportunities and provides a safer alternative to vehicular movement throughout the community

The financial impact on city revenue would be potentially significant as well.

"Approval of the Master Development Plan (MDP) would enable the development of this property and the potential increase in property value<" Bennett noted. " Specifically, estimating a conservative median taxable value of $100,000 per unit, it could potentially result in over $610 million in taxable value, and generate $4 million in ad valorem taxes. This does not include potential revenue generated for non-residential uses."

City officials have said representatives of the Winter Haven Corporation have not given them a specific timeline yet for when they would like the project to actually put shovels in the ground.