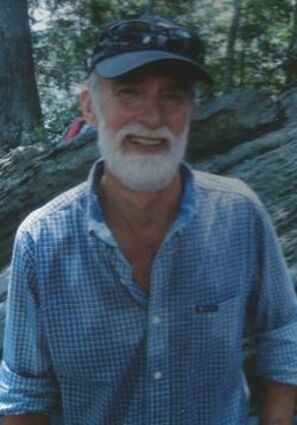 His wife and daughter, three brothers and two sisters-in-law were with him.

He was a professor at the University of Georgia in Journalism for 30+ years. A Captain in the US Army and a Vietnam veteran with a purple heart.

He enjoyed mountain climbing and some of his favorites were Mount Kilimanjaro, the Matterhorn, and he was able to go past the base camp at Mount Everest.

Willett was an advertising professor emeritus and alumnus of Grady College.

"Robert was the epitome of a gentleman and a scholar," said Tom Russell, dean of Grady College from 1983 to 2000. "He took pride in making the graphics lab state-of-the-art and taught excellence in graphic communications to generations of students. He was a great teacher, faculty citizen, and mentor, but most of all to those of us who knew him, he was a friend."

Karen King, advertising professor emerita, said he will be remembered as a gifted graphic designer and instructor. "Professor Robert Willett's dedication to Grady AdPR students was inspirational," King said. "Robert always made time for students who needed help with a visual communication challenge, whether they were trying to finish a final project for their capstone course or just trying to figure out how to tell the difference between 'Ocean Blue' and 'Royal Blue.'"

Willett taught graphics and portfolio classes from 1982 until his retirement in 2008. He was an adviser for Georgia Magazine several years after retiring.

Carolina Acosta-Alzuru (MA '96, PhD '99), professor of public relations, remembers his as someone who supported her while she was earning her master's degree.

"I'm immensely thankful for having known Robert Willett," Acosta-Alzuru said. "When I was a master's student, Robert believed I could be a good teacher and trained me to teach visual communication. In doing so he gave me the confidence I needed and important teaching skills that I use every day. Importantly, being in the same classroom and department as Robert also meant being inspired by his courage, hard work and sense of adventure. I will always say 'thank you, Robert' when I think of him."

Willett served in Vietnam where he earned a Purple Heart. While he was badly wounded in Vietnam, he remained a kind soul with a ready laugh, a wide smile and an adventurous spirit, remembers King.

"He travelled the world and climbed some of its highest peaks," King said. "Robert was one of the kindest and bravest people I ever met. Those of us who were lucky to be his colleagues valued his friendship and respected his artistic talents. Legions of students, faculty, and staff at Grady were lucky to know him and to learn from him."

He was loved, we laughed, and he will be missed.