Hard Work and Advocacy Paid Off For Many 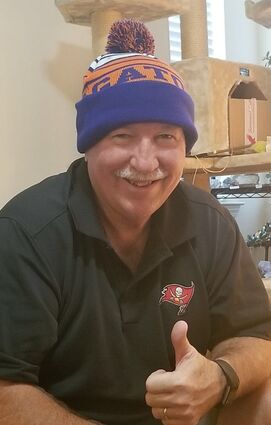 Robbie Shields led the effort to build a soccer field complex in Lake Wales. Today he serves as president of the Polk County Soccer League.

Persistence and patience paid off for one dedicated Lake Wales man after a request for a sports field for his children ended up benefiting hundreds of area youngsters who participate in the Lake Wales Soccer Club.

Fields, a long-time resident of Lake Wales, recognized that area children wishing to participate in the increasingly popular sport had nowhere they could go. A small program at the YMCA was unable to meet the demand, so he began to speak up. "I went everywhere the County Commissioners went, and they knew why I was there," Shields said. "I spoke to every city and county commissioner multiple times, explaining what was needed."

"I was kind of self-appointed in order to get things done. I started at the time my daughter was six" Robbie Shields said of his multi-year commitment to youth sports. "Now she's 37. My kids never got to play on the fields."

After years of advocacy Shields participated in the formation of the Lake Wales Soccer Club in 2004. His effort paid off with the construction of the Lake Wales Soccer Club on Hunt Brothers Road. The complex has a wide range of fields which can be demarked for different age groups and needed sizes. "The city owns the field and the main building. Everything else, the goals, concession equipment, balls, belongs to the league," Shields said.

The cost of joining a team is $75, which includes such necessities as uniforms and shin guards. Teams are sponsored by area businesses who donate $275 and have their names stitched onto the backs of the jerseys.

This year the program is serving 59 teams of more than 650 players. Children as young as three up to 18 can participate and play against their own age groups. "Fifty-nine teams means you need to have 59 coaches," Shields pointed out. "It takes a lot of volunteers to run the program. We need referees, people to staff the concession stands, help with equipment..."

The club is now in the midst of their fall season, which runs from September until the end of December. "Lots of kids come to Lake Wales from Winter Haven to play," Shields said, pointing out that the program has seen growth of 15% to 20% almost every year.

After serving for many years as president of the Lake Wales Club, Shields has now passed the torch to his long-time helper, Tony Matthewson. "Tony was with me from the beginning," Shields said, "helping to organize the volunteers, purchase supplies, running the concession..." 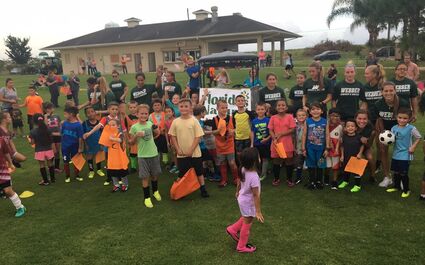 Shields stepped down from his post only to serve as the president of the Polk County Soccer League. The League includes teams from Auburndale, Bartow, Four Corners, Lakeland, and Winter Haven. The League organizes a county-wide tournament during the spring that includes weeks of play including "all-star" teams.

"The two biggest programs are Lake Wales and Lakeland," Shields said, but many of the spring games are played at a large complex built by the county north of Auburndale. The League play involves six or seven teams from each program who play two games against teams of similar skills. The top teams then advance.

"Between the spring and fall seasons we might serve 800 kids," Shields said. "If there's 550 playing in the spring, maybe 275 of them also played in the fall."