City Gets Title to Seminole Hotel, Prepares to Give it to CRA

Request For Proposals Expected to Result in Redevelopment 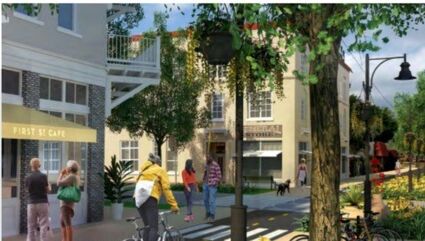 A restored "New Seminole" might be a mixed-use building with apartments, offices, and retail services. First Street, a main thoroughfare, will be reconstructed to become a pedestrian-friendly boulevard with a bicycle track and connecting trails.

One historic downtown hotel has become city property even as city commissioners wrestle with a development proposal on another.

City Attorney Chuck Galloway reported to the board at Tuesday night's meeting that the deed to the Seminole Hotel would be recorded today, Wednesday, and that he would soon prepare documents transferring the title again, this time to the Community Redevelopment Agency. The announcements was met with nods from commissioners.

The hotel was acquired after binding arbitration awarded them title for $50,000 plus minor costs. The three story building has been a contentious problem for several years after falling into disrepair. The building was condemned, residents moved out, and growing code-enforcement liens eventually led to its sale to a second investor who attempted to negotiate for time to make repairs. That led to the legal action that gained the title.

The CRA is expected to issue a Request for Proposals, or RFP, seeking a private developer to repurpose the building, most likely for new living space, one of the stated goals of downtown redevelopment. According to city sources, multiple inquiries have already been received expressing interest in the building. 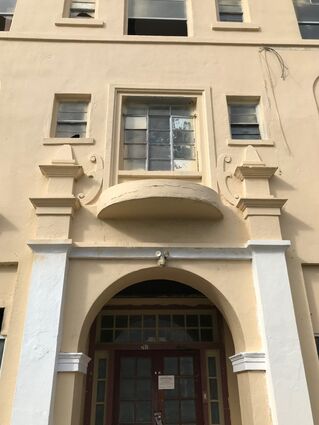 The Seminole Hotel stands on First Street, which is targeted for a major overhaul and redesign as part of the Lake Wales Connected plan, an $18-million-dollar effort to improve the city's core areas with new streets, bike paths, street trees, benches, and lighting. Narrower streets and wider sidewalks have been designed in an effort to make streets more pedestrian friendly. The Seminole was featured in graphics included in the plan, featuring colorful awnings and a sidewalk café atmosphere.

City staff is presently negotiating over the fate of the nearby Walesbilt Hotel, which is proposed to become a major-brand luxury hotel if the details can be resolved.