How Lake Wales is Affected by the Chinese Winter Olympics

Freedom Versus Censorship An Issue With China-Hosted Games 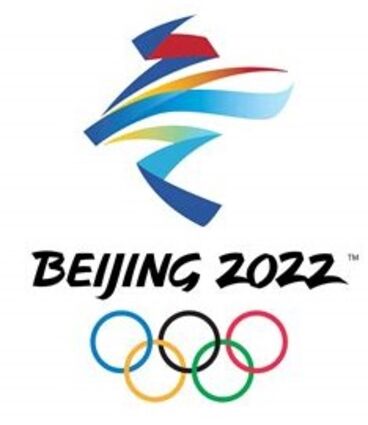 Even though the 2022 Olympics are on the other side of the globe, decisions made by governments, sponsors, and media organizations will be seen and felt here in Polk County

The Olympics used to be a happy, friendly, celebration of amateur athletics. It was all about the games themselves and the great, human stories behind the athletes. Who can forget the fantastic story behind the 1988 Jamaican bobsled team that was loosely portrayed in the movie, Cool Runnings (1).

But for some time, the International Olympic Committee, IOC, has allowed the events themselves to be transformed and tarnished into an over-the-top media event that rakes in billions of dollars. For example, total cost estimates for the 2020 Tokyo summer Olympics range between $13.6 billion and $26 billion. A new report states that the 2022 Winter Olympics could cost China more than $38.5 billion, 10 times higher than the nation's previous estimate of $3.9 billion (2).

Now, a new wrinkle has been raised with the 2022 Winter Olympics in China. There is a mountain of evidence pointing to the Chinese government's planned and systemic violation of human rights against Uyghurs and other Turkic Muslims in the northwest region of Xinjiang. The US and Canada have labelled China's policies in Xinjiang "genocide." Human Rights Watch (3) said in a report (4) that the Chinese leadership is responsible for widespread and systematic policies of mass detention, torture, and cultural persecution, among other offenses. Even a United Nations committee has stated that as many as one million are detained in "re-education centers." And if you think this only happens in China, a recent Canadian government report accuse Beijing of engaging in a "systematic campaign of intelligence-gathering, persuasion, influence, and manipulation" against the Chinese community living in Canada (5).

It's important to know that this will impact everyone in Lake Wales and Polk County.

• Athletes and commentators will only be allowed to talk about performances on professional or on social media. Some are calling these Olympics the "Shut up and Play" games.

"Any behavior or speeches that are against the Olympic spirit, and especially against Chinese laws and regulations are also subjected to certain punishment," said Yang Shu, deputy director general, Beijing organizing committee

After committing billions in licensing, sponsorships and advertising, corporate sponsors are running for cover.

• Visa, a long time Olympic sponsor, hasn't tweeted about its sponsorship of the 2022 event or issued any news releases.

• P&G has not launched its traditional pre-Olympic advertising campaign, nor will they answer questions about its U.S. marketing around the Beijing Games compared with prior years

• Coke is not advertising the Olympics in the US. They are only running an Olympic advertising campaign in China. They have declined to say why Coke made that decision.

• Intel is the only top five Olympic sponsor to agree with Washington's assessment that Beijing was committing genocide in Xinjiang. In December, Intel sent a letter, which it also posted on its website, asking suppliers to avoid sourcing from Xinjiang. Shortly thereafter, Intel became a target of Beijing criticism. A few days later, Intel apologized, saying it wrote the letter to comply with U.S. law.

With all the time, attention, and money being focused on the Olympics in China, it cannot help but spill out onto our living rooms, televisions and phones here in Polk County.

(1) Quasi Journalism. That's a term used by former NBC sportscaster Bob Costas to describe what to expect from the 2022 Winter Olympics coverage. With a $12 billion contract to broadcast the Olympics through 2023, NBCUniversal must walk a fine line.

Application: Think about what you see. Don't expect to see or hear anything even remotely approaching controversial. Remember that athletes, journalists, and commentators are being watched by Chinese censors and government employees who are not afraid to act. This might be known as the "Bland Beijing" Winter Olympics.

(2) Not So Social Media. Beijing blatantly pays for and leverages platforms like Twitter and YouTube as propaganda megaphones (6). They pay for and sponsor a number of social media "channels" as ways to directly impact perceptions and opinions in the west. A 2016 Harvard report estimated that Chinese government employees fabricated 488 million social media posts to distract and divert online activity away from sensitive topics. It is safe to assume not only that this number has gone up, but so has its overall influence.

Application: Think about what you read. As you read reports from onsite professional and social media, remember that anything originating onsite has the approval of the government. It might be wise to think about not just what is being said, but what is not being said.

(3) So Far Away. Even though Carol King wrote and sang this song in 1971 (7), it speaks to us and the 2022 Winter Olympics. How important is it and what can we do about something taking place over 7,600 miles away? Here are some practical things that you can do.

a. Speak with your keyboard – Write to sponsors, expressing your opinion about their position and actions surrounding the Beijing Winter Olympics.

b. Speak with your money – Change your buying habits, supporting those companies, products, and services that match your ideas and beliefs.

c. Speak for those who can't – Connect with and support human rights and human trafficking organizations. Tell them what you believe, how strongly you believe it.

Someone a whole lot smarter than me once wrote: "Learn to do right; seek justice. Defend the oppressed. Take up the cause of the fatherless; plead the case of the widow." (8)

We may be a long way away from the Beijing Winter Olympics, but we have a voice, and we have influence. Perhaps it's time to use it.