EDITOR'S UPDATE: Dr. P.J. D'Aoust has withdrawn from the selection process after being selected as one of the finalists for Charter Schools Superintendent.

After a lengthy and contentious final meeting, a recommendation has been sent to the Lake Wales Charter School Board of Trustees from the ten-member Citizen's Superintendent Search Committee.

In a nearly two-hour meeting, the committee members submitted their final choices to be forwarded to the board. Coming out on top with seven votes was Dr. Wayne V. Rodolfich, Superintendent of the Pascagoula-Gautier School District since 2005. Roldolfich's educational background include an Ed.D. in Educational Leadership from the University of Southern Mississippi. He also has Master's degrees including a Master of Science in Education from Delta State University. He was recognized as Superintendent of the Year in Mississippi in 2020.

D'Aoust is responsible for the Palm Beach Charter School Region, which includes 50 charter schools and 22,000 students, with a budget of $250 million.

Two other local candidates, Dr. Andy Oguntola of Polk State College and Dr. Emilean Clemons, principal of Bartow High School, received only four and three votes respectively, with some members citing a lack of experience as superintendents as their reasons for the lower rankings.

After a lengthy discussion that at least two committee members described as "awkward," the minority, each of whom had excluded the top choices from their selections while including the last two, lost two final votes on motions to advance Oguntola, and then all five candidates, by 5-5 votes. That effort was led by committee chair Al Goldstein, who raised the issue "at risk of sounding like a broken record," he said.

Committee member Rob Quam disagreed with the motion, saying that "I think we have voted. It was a very difficult decision," adding that "Andy is a good friend."

Member Abigail Skipper concurred with Quam, saying "local is not a requirement," and that she voted for the candidates she felt were the strongest.

Six members of the committee, including Quam, Skipper, Angela Pulido, Father Tim Nunez, Shelli Jacobs, and Dr. Linda Ray, voted for the same three top candidates, while Al Goldstein, Lindsey Seay, and Mike Settle ignored those three to give their votes to the trailing duo only. The tenth member, Roxanne Anderson, voted for top vote-getter Rodolfich and Oguntola.

The work of the committee in narrowing the field was dismissed hours later by Committee Chairman Al Goldstein when he presented Trustees with what was in essence a minority report of the meeting, arguing in favor of the two losing candidates he had personally favored. That point was highlighted when Trustee Marcus Kirby replied, "I don't know if you're speaking for the whole board."

"The reason we formulated a search committee was to give us an over-all consensus," Kirby added.

"Maybe I'm overstepping my bounds," Goldstein admitted, adding "I'm disappointed in my committee myself," as he continued to push the Trustees to ignore the committee recommendations. "We're hurting ourselves, our children, our schools, by not allowing all five candidates to come up," Goldstein asserted, claiming the five-five vote showed the committee was split. Too many personalities got involved, and it became a personal battle, Goldstein claimed.

"It was not a tie," Skipper told the Trustees a few minutes later. "That is actually being misrepresented. There were two of the candidates who did not get moved forward. Please make sure you get all the facts," she said, encouraging them to watch the video recording of the meeting.

After initially accepting the three recommended by the committee, the Trustees eventually passed a second motion to accept all five remaining candidates for final interviews beginning on February 10. That two-day affair will include a public reception at Lake Ashton on Thursday evening, tours of the community for the candidates, and both in person and one-on-one interviews between the candidates and Trustees. 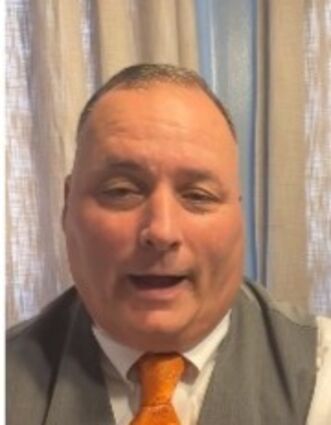 At the conclusion of the Trustees' action the search committee was discharged, ending their restrictions under the Government in the Sunshine laws, allowing them to communicate directly with the Trustees and each other.

"it's outrageous to waste the time of some very good people on that committee" said former Charter School Attorney Deming Cowles, who helped to write the original charter. "It's taken way too long. They appointed a Supreme Court Justice in 30 days, but it takes a year to hire a superintendent."

Attorney and former Trustee Howard Kay commented that "it's a shame all the hard work of the committee members was sabotaged by Al Goldstein's presentation, which did not accurately reflect what actually went on during the committee meeting."

One must wonder if Goldstein was added to the committee simply to bring divisiveness?

This deck is stacked, and what about the half million dollar slush fund they set up? Some of these trustees aren't really for schools or kids, they are power-mad.

There should have been more true educators involved in the selection process and less business people.