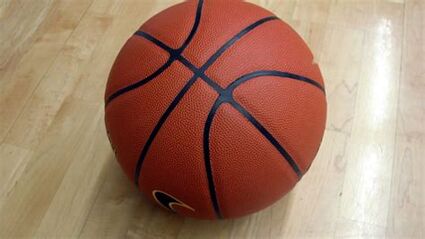 Lake Wales High School's girls' basketball team advanced in their effort to win a state title at home Thursday night as the top seed Highlanders defeated 8th seed Zephyrhills in the Class 5-A District playoffs by a convincing 66-33 score. The Lake Wales squad is now 19-4 overall this season.

The Lady Highlanders will face a stiffer challenge at 7:00 on Tuesday, February 15 as they face the Bishop Moore Hornets, who devastated their first-round opponent Tampa Robinson by a 59-16 score on Thursday.

"They have a real tough left-handed shooter who can sink threes," said Highlander Coach Kenny Williams. "We're going to try to shut her down, but we don't know exactly how, yet." The Highlanders did not play Bishop Moore during the regular season.

The Highlanders have developed a consistently strong program that has finished "eight to ten games over .500" each of their recent seasons, Williams said, but admitted that the loss of his star center, Chanelle McDonald, who graduated last year, has forced the squad to change their tactics.

According to Williams, the key to a Highlander victory throughout the playoffs will be their outstanding defense. "If we play defense the correct way, we force them to make mistakes," Williams said.

"Our game has evolved, so we have a spread offense. We have at least four legitimate scoring threats on the court at any given time," Williams told the LakeWalesNews.Net.

Tipoff for the contest is at 7:00 at the Highlander Gymnasium at the High School, One Highlander Way, just off Burns Avenue. Tickets are $6 and may be purchased at the door.