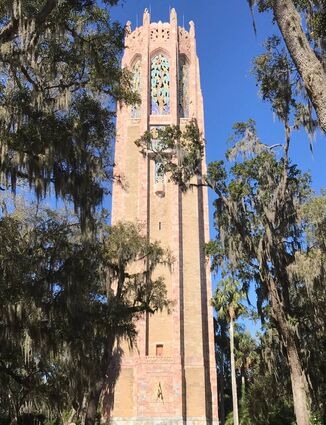 Olmsted's design at Edward Bok's "Mountain Lake Sanctuary" surprised even Bok himself, and led to Olmsted's work in the city of Lake Wales.

When Edward Bok visited the site of his carillon tower on Jan. 11, 1927, more than two years before its dedication and opening, progress at the site left him with a smile.

"He was greatly pleased with the growth that the large live oaks have made. He was equally pleased with the large palms. Mr. Bok hardly thought it possible for the Sanctuary to look so fine during mid-winter," read a report received in the Massachusetts offices of the Olmsted Brothers, the world renowned landscape architects hired to bring the tower grounds to life.

There were undoubtedly times of toil and tribulation with a project of such size and stature, Bok understood. It's why he hired and entrusted his vision to the best people possible.

"It was all a dream of years when Mr. Olmsted began, and it was not at all certain that it could be realized. After five years of work, Mr. Olmsted proved to me that not only my dream could be realized, but he was bringing it to realization and in a magnificent manner." Bok wrote in his Ladies Home Journal edition of May, 1929, in a story under the heading of "The Most Beautiful Spot in America."

Olmsted was involved in every decision, every facet of the site's planning, everything from what type of drawbridge to use to get across the tower's moat, to where to place the bathroom facilities, to the concern over damage a large number of visitors could cause to the meticulously planned landscape.

On that point, Bok did push back, if only a little. While Olmsted favored restricting the number of visitors., Bok saw his creation as a place for the masses to gather.

"My feeling with regard to the people coming to hear the bells is that they should not be denied admittance to the Park," Bok wrote in a letter to Olmsted later that same year. "There should be accommodations for no less than 500 cars. We would have to have some regulation at the entrance, but that is my problem, and I will work it out."

He suggested the now familiar loop road from a south entrance which would mitigate traffic through the residential area of Mountain Lake, "with a sign in the middle of the loop saying, Please park in center here. Remain in your cars and listen to the bells. Please avoid all noises."

The Founding Fathers of Lake Wales were watching. Once the tower had been dedicated in 1929, it wasn't long before Bok asked that Olmsted and his firm turn their attention to the Crown Jewel of the Ridge. In a recently-revealed document Bok confirmed that he had offered to pay for Olmsted's work in the city on the condition that it not become public knowledge that he was the source of the funds.

"I really don't want the people to know I am back of it," Bok wrote to a town official. "I like to do things quietly, and you can have no idea what the publicity of that sort of thing means in the way of letters. A lot of Florida towns think that is can do something for Lake Wales I can do it for their town." 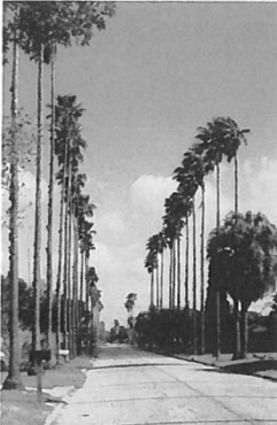 Olmsted's work in Lake Wales drew thousands of visitors and winter residents to the "city in a garden."

Olmsted complied, putting together a "City in a Garden" master plan, an idea that helped inspire the city's current "Lake Wales Connected" redevelopment plan for the historic downtown and northwest neighborhood.

As Olmsted would have wanted, the new plan calls for an extensive network of connecting trails that one day will directly connect a national masterpiece – the National Historic Landmark of Bok Tower Gardens – with the city's central neighborhoods.

(Next, Olmsted gets his local start in Mountain Lake.)