Why LakeWalesNews.Net Will Not Endorse in City Races

Lake Wales Should Honor and Respect All Our Candidates 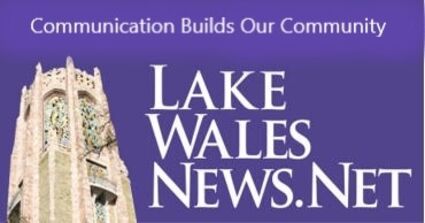 As the campaigns that will shape the election of a mayor and city commissioner come to a close, some have asked whether our editorial board will endorse any of the five candidates. We believe a response is in order.

The three candidates for mayor, Curtis Gibson, Jack Hilligoss, and Tammy James, agree on much, but offer clear distinctions in their leadership styles and priorities. The two candidates for city commission seat 4, Danny Krueger and James Loydd, differ not only in their styles, but in their world views, and how they affect the community we share.

Both our news staff and our volunteer editorial board have friends, and likely family members, on each side of the races. When these elections are decided, these are the people we will greet on the street, socialize with, break bread with.

We have striven to cover the candidates' campaigns and actions to the extent possible, and communicate not only the words and deeds, but the tone, the responses, the comments – or lack thereof – that help communicate the varied skills, talents, and opinions that will affect all of us.

We believe that, given our coverage of the races, the several public forums, and the efforts of the candidates themselves, every voter should have access to enough information to make an informed decision.

Lake Wales, for all the growth that has happened, is still a small town. People know one another. While some view local politics as a blood sport, we don't.

While surprises and mistakes have occurred during the campaign, they should not permanently color our perceptions of the individuals involved. They have shown courage in offering themselves to serve the public, and that courage should be honored.

We believe that the success of Lake Wales as a community, our ability to carry forward with a shared sense of purpose, depends upon healing. We encourage our readers to congratulate the winners, console those who fall short, and work together to build a stronger, more united, and more inclusive future.