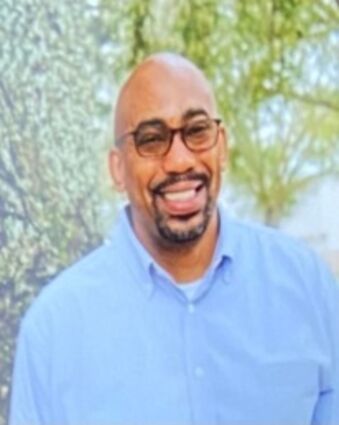 Marcus Kirby, an employee of Lake Wales Care Center and Associate Pastor of HighPoint Church, was appointed to the Charter School,. Board of Trustees by Mayor Eugene Fultz.

Marcus Kirby, an associate pastor at HighPoint Church and a trustee of the Lake Wales Charter School Board, is facing felony charges after admitting he stole an estimated $23,690 from two disabled clients while working at the Lake Wales Care Center, according to police.

Kirby, 40, was released from the Polk County Jail on Friday after posting $8,000 bond, jail records show, and is under the supervision of Pre-trial Release. He was arrested Wednesday on four allegations of exploiting the elderly and grand theft. If convicted, he could face up to 15 years in prison.

While working as a transitional housing coordinator at the non-profit Lake Wales Care Center, Kirby's duties included assistance with clients' finances, according to the Lake Wales Police affidavit. He recently was reassigned to another position, leading Care Center administrators to discover the alleged misuse of two accounts.

Kirby, who had worked at the Care Center for six years, resigned April 1 after the financial matters were discovered, said Rob Quam, the center's executive director.

According to police, Kirby used debit cards to spend $5,455 from one account and $18,234 from another for personal purchases. In an interview with detectives Wednesday, Kirby challenged a $71.74 debit charge to Amazon on one account and an $8.99 charge to The Apothecary Shop on another, but acknowledged that he had made the remaining purchases, dating to 2019, the affidavit states. The two charges he questioned were removed from the totals.

In each case, detectives met with the victims and confirmed they had not received the purchased items or services, nor had they given Kirby permission to use the debit cards for his own use, the affidavit states.

During the time the purchases were made, the affidavit states, Kirby gave each of the clients small amounts of cash as an allowance, controlling the amount of money they spent. One client told detectives he was given $20 a week until he complained, and Kirby increased his allowance to $40. The man's caregiver was given $50 a week for expenses, according to police.

On Friday, Quam called the circumstances heart-wrenching. "The Lake Wales Care Center is devastated that a trusted employee, Marcus Kirby, appears to have misappropriated a considerable sum of funds for personal gain," Quam said Friday in a prepared statement. "Mr. Kirby accomplished this through intentional inappropriate handling of client funds. This mishandling was a matter of not recording and depositing, in Care Center accounts, payments made by clients in various programs. "We want to emphasize that no donor or grant funds have been compromised in any way," he said.

The Care Center's accounts are audited annually for financial practices by certified public accountants, Quam said, and have routinely been clean. "Those audits are not designed to detect for fraud," he stated, "however they do ensure our

policies and practices for handling funds are appropriate and sound. "This incident is not a result of inadequate procedures, but instead a deliberate deceptive action by an employee who did not follow prescribed protocols."

Quam said the center has restored the misappropriated funds to the two clients.

City Clerk Jennifer Nanek said Friday that Mayor Eugene Fultz had appointed Kirby a year ago as the city's representative on the charter school board, and as of Friday, he remained in that post. Fultz couldn't be reached for comment.

Jack Hilligoss, pastor of HighPoint Church in Lake Wales and the city's newly elected mayor, will replace Fultz at Tuesday's City Commission meeting. He, was also unavailable for comment Friday on either the status of Kirby's appointment or his position at HighPoint Church.

In the biography Kirby submitted at the time of his charter school appointment in April 2021, he said he's a part-time associate pastor at HighPoint Church, facilitating small group and congregational care.

Kirby is scheduled for an arraignment hearing in Circuit Court on May 31, court records show.