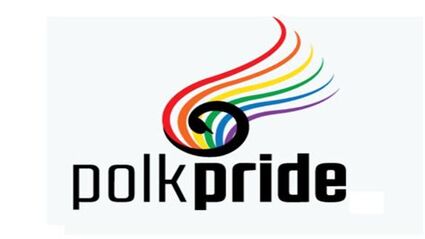 An apparent lack of clear policies and procedures caused an hour-long display of citizen disappointment and anger at the Lake Wales City Commission meeting Tuesday night following a decision by Mayor Jack Hilligoss to remove a generic resolution recognizing Pride Month from the meeting agenda.

Proclamations are commonly used to recognize the accomplishments of community groups and individuals, or special observances and are normally a public relations tool for the city.

The proclamation offered by Lakeland-based Polk Pride required no vote or signature and has been presented at June city commission meetings since 2018. The text cites the fact that "Lake Wales, Florida, is part of a global community in which people of diverse cultures, races, creeds, genders, and sexual identities must work together toward peace and understanding..."

Hilligoss' refusal to include the document in the official agenda touched upon a hot-button issue and led to a succession of speakers who criticized Hilligoss for removing the proclamation. Citing continuing intolerance and discrimination directed at members of the LGBTQ+ community, many of the speakers, some emotional or even tearful, urged the city to continue its policy of acceptance of all.

Resident Mandy Cilliers shared a story of having been raised in apartheid South Africa, where she was not permitted to socialize with Blacks, and discrimination and intolerance were government-sanctioned. "I grew up with oppression, and oppression leads to hate," she said. "Children who grow up with hate, teach hate."

Bok Tower Gardens President David Price also urged tolerance and inclusivity, citing the fact that the gardens have always been accepting of all since their founding in 1929, and he expected nothing less from the city.

David Jones, a long-time employee of Lake Wales Hospital, told of his former co-worker Amanda Alvear, who was among the scores murdered in an act of mass violence at the Pulse nightclub in Orlando. She was 25 years old, he said.

Bob Nickell called for tolerance, pointing out that "America has become more tolerant" and that many religious denominations now allow gay men and lesbians to become ministers.

"You don't have to send this hateful message," said resident Cheryl Millett, who said that she had long-before come to accept herself for who she is, but worried about the young people of Lake Wales who struggle to accept themselves, and the message that is being sent by "going back" on the tradition of acceptance and tolerance. Issuing the proclamation would be "no skin off anyone's nose."

Others spoke of the damage done by hate, and the senseless assaults and deaths that have occurred because hate is propagated instead of teaching acceptance and tolerance.

Local resident Heather Mankowski used her allotted time to read the document in full as adopted by the city commission of Davenport, thereby accomplishing the original intent of the proclamation before a larger audience..

In a conversation with LakeWalesNews.net City Attorney Chuck Galloway cited text in city administrative code which states that "Any person may have an item placed on the agenda by submitting a request to the city clerk no later than 5:00 p.m. on the Wednesday preceding the meeting." For the past two or more years the commission has been conducting weekly agenda review meetings prior to that hour, making the current language obsolete. "There's not a current policy" to cover the removal of the item, "but that's being worked on," Galloway said.

According to City Clerk Jennifer Nanek, proclamations are not included in workshop agendas or discussions because they are not voted upon by the commission. Nanek said that in past years the proclamation has been read by Deputy Mayor Robin Gibson because former mayor Gene Fultz refused to do.

The proclamation language says it is issued "in honor of freedom from prejudice and bias in any form, and in recognition and praise of those members of our community who constantly fight the battle for equal treatment for all citizens regardless of sexual orientation, gender identity, gender expression, race, color, creed, ethnic origin or religion." The full text is published below.

During the meeting Hilligoss attempted to deflect criticism by stating that he had never seen the proclamation. Galloway cited that as adequate reason to have it removed.

"In the past proclamations came over Gene's (Fultz) desk. He (Hilligoss) did not see it before it was published," which gave him the right to have it removed. "There's not anything written down which says that specifically," Galloway added, but "there will be something coming forward to address this issue so it doesn't recur."

Nanek said she had mentioned the Pride proclamation to Hilligoss prior to the beginning of the Wednesday agenda workshop and asked whether he would prefer to have Gibson present it, and he replied that he would "think about it." She was instructed to remove the item on Saturday morning.

At the conclusion of the meeting commissioners discussed the need for a policy clarifying when and who has the authority to add or remove proclamations on the agenda.

WHEREAS, Lake Wales, Florida, is part of a global community in which people of

diverse cultures, races, creeds, genders and sexual identities must work together toward

peace and understanding; and,

employees and business owners within Lake Wales contribute to this vibrant, innovative,

culturally-inclusive, world-class community and to its diversity; and,

WHEREAS, various advancements have been made with respect to equal rights and

Florida and the United States; and,

WHEREAS, members of the LGBTQ communities still face ongoing discrimination based

on their innate status, resulting in immeasurable human tragedy, loss of life, community

isolation and abuse; and,

WHEREAS, PFLAG of Polk County envisions a world where diversity is celebrated and

all people are respected, valued, and affirmed inclusive of their sexual orientation, gender

identity, and gender expression; and,

WHEREAS, the Lakeland Youth Alliance provides a safe space for LGBTQ youth and

their straight allies of Polk County; and,

WHEREAS, to celebrate the richness and diversity of Lake Wales, PFLAG of Polk County

and the Lakeland Youth Alliance, along with various community organizations, businesses

and individuals will conduct various cultural, educational and entertainment activities in

June, to focus attention on the importance of acceptance and respect for diversity among

NOW THEREFORE, the City Commission of the City of Lake Wales hereby proclaims

in Lake Wales, Florida, in honor of freedom from prejudice and bias in any form, and in

battle for equal treatment for all citizens regardless of sexual orientation, gender identity,

Whether or not the Mayor agrees with or believes in the Statements contained in the proclamation ( on a personal level ) there is an absolute separation of Church and State in our Constitution ! I am sure that the mayor was Familiar with its content even tho' he said he hadn't read it.

The mayor’s attempted deflection didn’t fool anyone. If he had wanted it on the agenda, it would have been there. Kudos to all the people both gay and straight who attended the meeting to support Gay Pride in the City of Lake Wales.